Display translation
so i went to the doctor's today and they didn't think my wrist was broken but they took an X-ray just to be safe and it turns out it actually was fractured (if you don't know what that means, it's basically when your bone gets a small crack in it) so i guess i did break it even though the stuPID NURSES AT MY CAMP LITERALLY SAID I WAS ABSOLUTELY FINe-
so now i have a cast on my arm and it's gonna be there for the next 4 weeks ;-;
also i literally took this pic in the car after being at the hospital right after i got my cast on
and the original hospital i went to didn't have any specialists who could put a cast on me so we had to drive another 20 mins to the next closest hospital to get it
so yea, don't expect much new art from me
i might be posting some traditional art i sketched at camp (before i got injured obviously) and maybe some older art but idk
sorry, i havent posted in the last 4 weeks and there's gonna be another 4 weeks before you guys get any new art lol
;-;
also enjoy my awkward l e g s in the photo, i was wearing really short shorts lmao 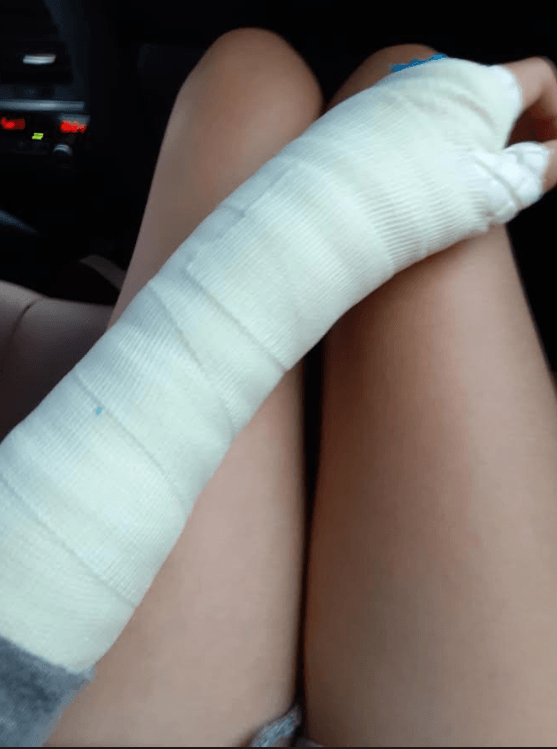