wtf am I doing

Display translation
Hey guys, yesterday I was forced to make a frickin realistic manga for my 7 year old friend cuz he is my so called “buddy” *like I have to take care of him every time* and I always must make him happy *with my drawings* And yesterday, he was really upset and I wanted to make him happy so I asked him wat he wants me to draw and he said a frickin manga... A MANGA IS LIKE 60+ PAGES!!! So, in order to make him happy, I have to draw it for him! *shet* Anyways, the comic is basically about three brothers *idk their name cuz they are Japanese* survives in some planet with aliens and some weird clan that kills people *yeah I know it’s cringe* and they found a women *ooOoOo* which is around the same age as them, joins them *idk why* and help to like, ummm, kills the aliens, escape the planet? In order to escape, I think they have to like get some key or something to the place where there is a plane or some weird vehicle which is in the clan’s place *wtf is this story* The worst part is that it’s gonna be violent and bloody and a bit romantic *hmmm romantic ooooOoOoO* and its the second time i’m drawing a romantic scene... Beware as it may be cringe cuz i’m copying some of the lines in my old comic, sooooo, ye, that’s all it gotta say. Alright, thank you for listening my LONG talking *sry* and stay safe, smoke crack, and I’ll be gud boys or gurls. And also i may not post much often cuz i’m working on the comic. Ok bai. 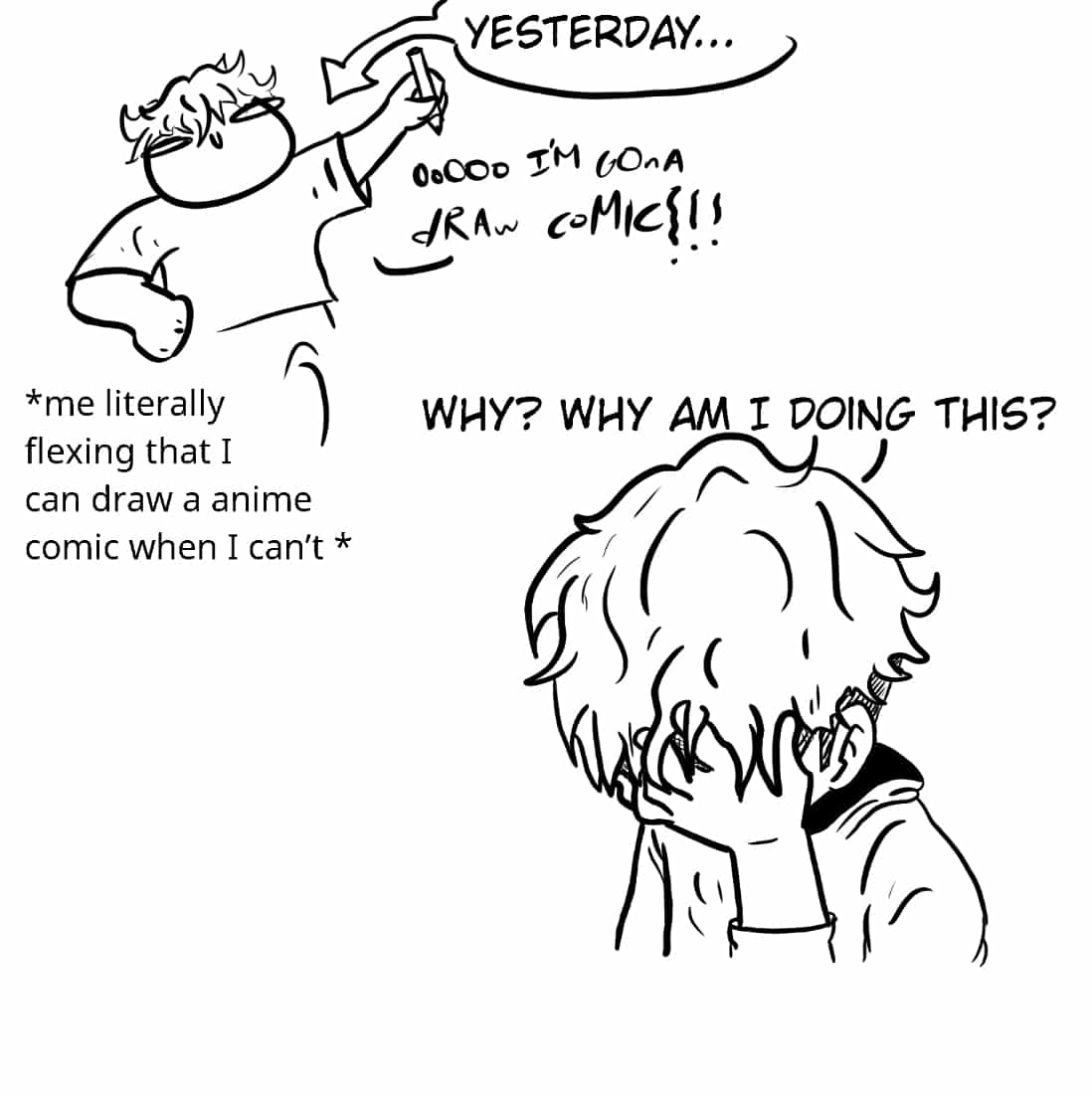