CHANGE THE WORLD WITH ILLUSTRATIONS! 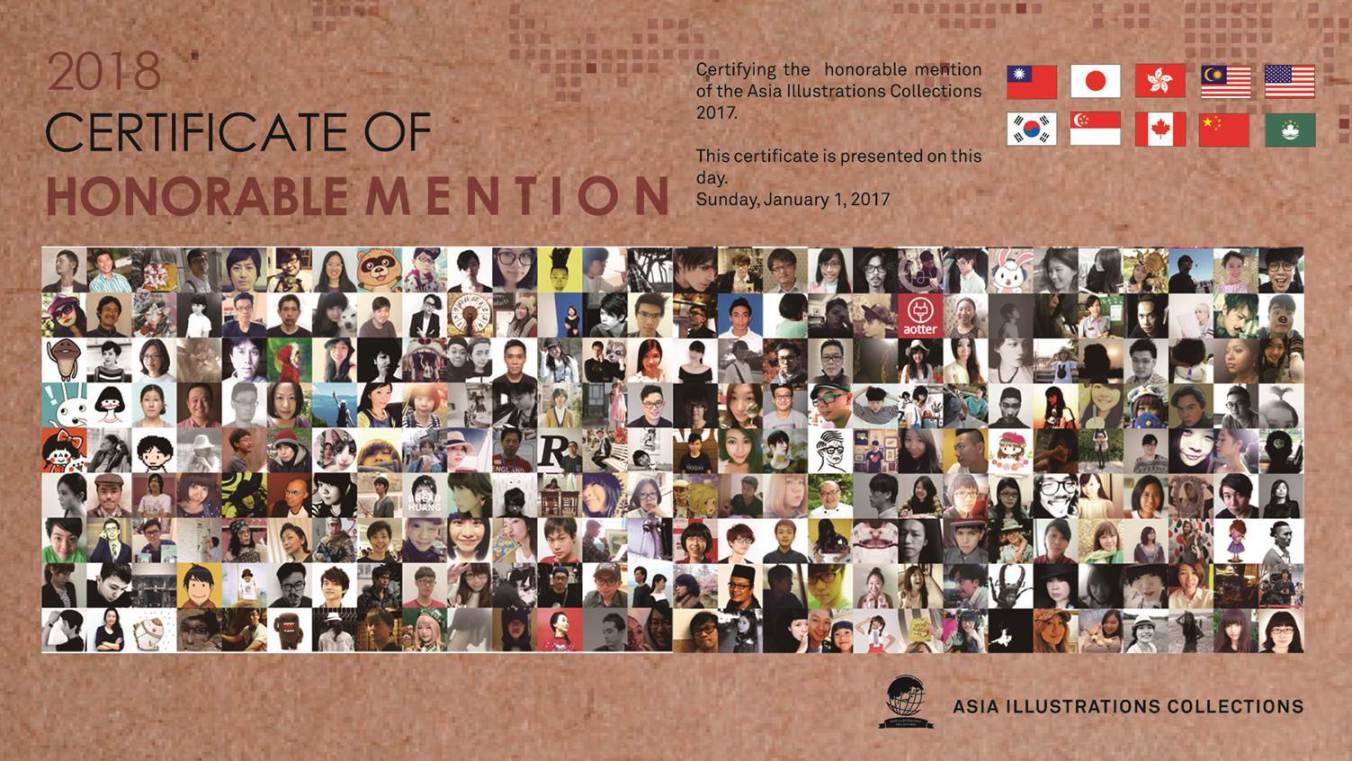 Entries that win at the 2018 Asia Illustrations Annual Awards will have the chance to be showcased on a grander stage and be viewed upon by many people around the world.

During the period of the exhibition, there will be an opening press conference, award ceremony for participants, grand prize ceremony, and signing.
We hope all illustrators, viewers and guests enjoy the Asia Illustrations Annual Awards.

The 2018 Asia Illustrations Annual Awards will be held at Songshan Cultural and Creative Park, in Taiwan in December 2017. 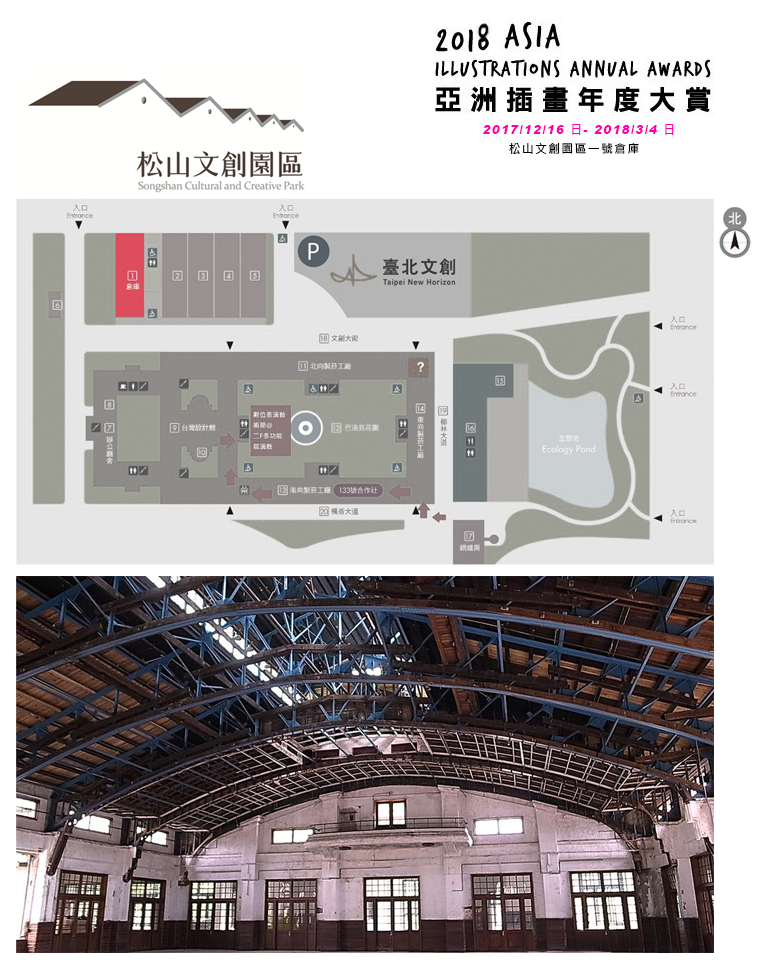 The Asia Illustrations Annual Awards is heading into its fourth year.
With the scale of the event growing, we strive to learn from each year and use that knowledge to improve it.
We have only one goal in mind: to show winning artwork in their best form. We endeavor to do just that.
By all means, have a look at what we have achieved so far with the Asia Illustrations Annual Awards.

The chance to participate in the Asia Illustrations Annual Awards
with famous illustrators!

The following are previous winners of the Asia Illustrations Annual Awards. 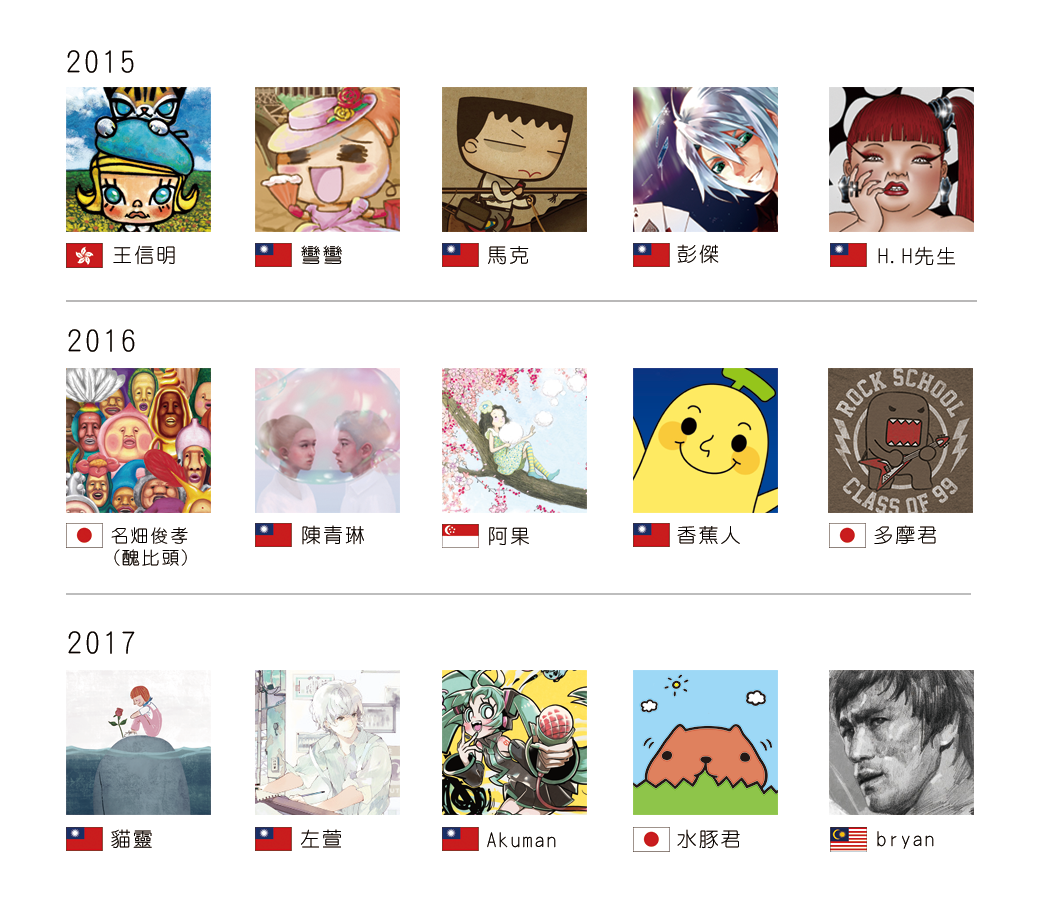 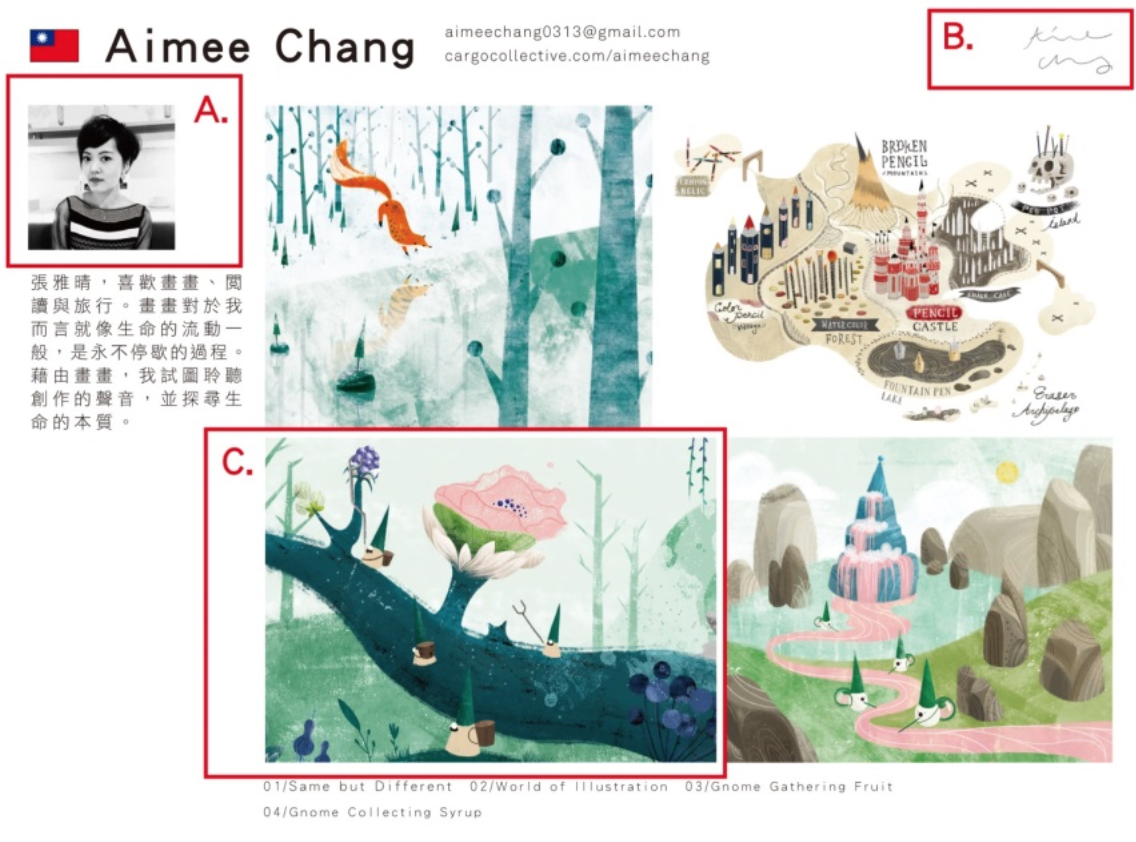 *When you enter, you will need to have signed the agreeent form. Please send it along with your artwork.

For those outside of Japan, please use PayPal.
PayPal Account:
MediBang Inc.
int-kanri@medibang.com
—–
*Proof of payment will be required when you apply. Please send along with your entry form and artwork.

Q1. Does my face have to be in the photo?
A: We would prefer it if your face were in the photo. If for some reason, you are unable to have your face in the picture, then please at least have a part of your body in it e.g. your hands, head, etc.

Q2. Do I use my real name or my pen name for the collection?
A: You can choose whether you want to use your real name or pen name on the form.

Q3. What happens if I win, but the size of my original work doesn't adhere to the designated requirements (72.5 x 60.5 cm)?
A: If it doesn't fit our guidelines, then send in the original at its maximum size and at a resolution of 300 dpi (JPG).

Q4. Is the entry fee compulsory? What will it be used for?
A: It will be used for the collections project.
1. Expenses for publishing the collections (editing, design, marketing, etc.)
2. Costs for opening exhibitions (venue, layout, curation, operation, etc.)
*The sponsor will bear the cost for the venue if it is insufficient.

Q5. Can I enter if my work is hand-drawn on paper?
A: Yes, you may. Scan it and convert it to a digital file. Then enter it in the form.
(We have a required size for submissions, so we recommend using editing software to adjust it.)