What kind of magazines is Bessatsu Shonen Champion?

Monthly Shonen Manga Magazine (released on the 12th of every month), launched in June 2012 as a special issue of the Weekly Shonen Champion.

The current line-ups are the spin-off “Yowamushi Pedal SPARE BIKE” by the author of “Yowamushi Pedal”, “WORST Gaiden Skull” that has exceeded 450,000 copies for volumes ① and ②, whose anime will air in January 3rd,2020. “Darwin's Game”, the pirate adventure masterpiece sequel “Full Ahead! Coco Zelvans”. “The Girl dances with the Tides”, the latest work by Abe Kyomi, who is known for “Because the sky is gray” and “Chi-chan is a little lacking”, and “Monster Lizard”, based on the original draft by Soichiro Yamamoto, who is known for “Skilled Teaser Takagi”.

We will continue to provide a variety of interesting works from all genres! 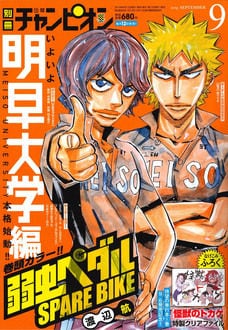 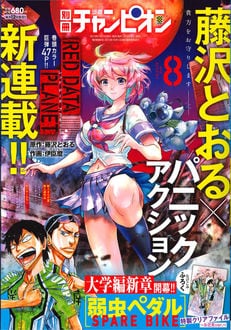 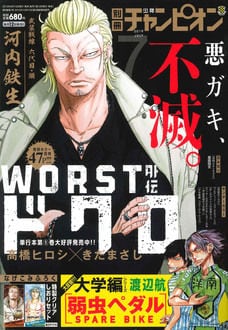 (Manuscript fees will not be paid for the publications)

Hideyuki Yonehara and other amazing authors will judge the finalists!!

Grand prize winner and selected winners will receive a critique

from Hideyuki Yonehara and other judges! 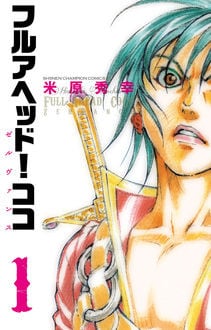 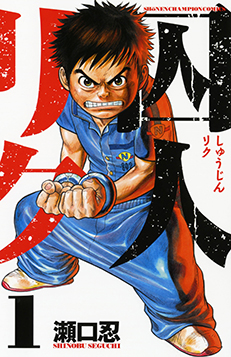 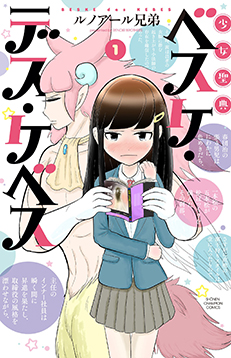 Comments will be announced on the results page.

Qualifications
・ All pages must be finished manuscripts. (Scenario and drafts are not allowed)
・ Must be one-shot original manga.
・ Even if your work has been posted or published on other media, it's acceptable.
(However, works already published on commercial magazines and commercial websites are not allowed)
・ Multiple works can be submitted.
・ No size restrictions
・ There is no page limit. However, the submission must be at least over 2pages.
・ No page feed direction specified (right to left, left to right, top to bottom are all acceptable)

Entry Format
・ JPG, PNG, MDP
・ No size restrictions
* However, there is a possibility that the award-winning works will be changed to a specified size for publication.

How to Enter
1. Register or log-in ART street.
2. Click “Submit” on the ART street
3. Select the file format from “Comics” and upload the file
4. Add "別冊少年チャンピオン MANGA AWARD" banner from "Apply for a Contest"
5. Click “Publish on ART street”

Please Note
・Only original works for which the applicant has copyright. (Works which have not been published on commercial magazines and commercial unpublished works)
・You can apply regardless of professional or amateur.
・Overseas works are also welcomed if they are intended for this contest.
・Plagiarism, fan fictions and works of specifically religious will not be accepted.
・Works that are submitted to the contest may be posted for free on the website managed by MediBang, Inc., the website managed by Akita Publishing co.,Ltd., social networking services/sites, catalogs, etc., for purposes such as [promoting the contest, advertising, announcing the results, etc.]

Prizes
・Grand Prize (1 entry): 300,000 yen prize money + Publication on this magazine + Critique from judges (Manuscript fees will not be paid for the publications.)
・ Selected Winners (2 entries): 100,000 yen prize money + Critique from judges
* We do not guarantee the number of works for each award.
* As a result of strict examination, there might be no corresponding work, or more corresponding works than planned.

How to Claim the Prize
The prize money will be credited to the MediBang account you applied with. You must register a PayPal account in order to receive prizes.(The fee is borne by the winner.)

Attention
By entering in this contest, you are agreeing to all the terms and conditions detailed in the Contest Rules, so please read them thoroughly before you enter. PLEASE NOTE that after the contest recruitment period is over, except for the addition of tags, it can not be edited or deleted.