Your manga could become a movie

*Japanese entries will not be accepted.

Yoshimoto Kogyo and Medibang are collaborating together to hold a contest
to gather talents all around the world.

Have your work chosen as the manuscript for a film that'll last throughout the ages!
The grand prize is 300,000 yen, publication, and the chance to have your entry made into
an Amazon Prime Video!

The winning entry will be shown
at the Kyoto International Film and Art Festival 2017!

Who are Yoshimoto Kogyo?

Yoshimoto Kogyo is a talent agency with many affiliated entertainers.
It was founded in 1912 and is said to be the oldest entertainment production company in Japan.

Nowadays, Yoshimoto Kogyo is not only a talent agency, but they also produce television programs and are involved in the Okinawa International Movie Festival and online works. They plan shows like Sumimasu Geinin, where entertainers are sent out into the world or other regions to befriend the local community, to broaden their scope around Asia and the rest of the world.

What is the Kyoto International Film and Art Festival?

Kyoto is said to be the birthplace of Japanese filmography, and we would like to broaden the landscape to include Japan, Asia, and the rest of the world with the motto of "Uniting in Kyoto".

The Kyoto International Film and Art Festival 2017 will not only focus on films, but also other areas such as art, performances, crafts, and theater.

Have a look at the Kyoto International Film and Art Festival 2016! 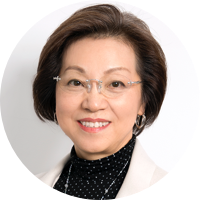 Born in Tokushima-shi, Tokushima Prefecture in 1950.

At age 17, she won honorable mention in the new rookie contest for Shueisha's Margaret and made her debut.
She also won the monthly new rookie contest for COM at around the same time.
While studying at the University of Tokushima, her manga - Mori no Ko Tohru - began serialization in Shogakukan's Weekly Shojo Comic.
Her work as a regular increased and she quit university in her second year. She moved to Tokyo and started her work as a full-fledged manga artist.

In 1980, she won Shogakukan's 25th Manga Award.
In the same year, one of her most famous works - Toward the Terra - was animated into a film.
In April 2000, she became a full-time professor of the Department of Manga at Kyoto Seika University's Faculty of Fine Art.
In 2006, it was promoted to the Faculty of Manga.
After working 4 years as the dean of the faculty, she held positions both as a professor in the Faculty of Manga and Graduate School of Manga Research.
In April 2014, she assumed the position of principal (for a four-year term).
Also, every year since the fall of 2000, she has held manuscript exhibitions in Kyoto and Tokyo for 13 years.
She presented her research at Kyoto Seika University under the title, "Manuscript", in 2003.
Each year, she calls upon many different manga artists to her Manuscript Exhibition.
She continues to work towards preserving and exhibiting important manuscripts as well.

In 2014, she was awarded the Medal of Honor with Purple Ribbon by the Ministry of Internal Affairs and Communications of Japan.

Entry
[Entry Format]
No restrictions on format.
So long as it is a manga, any kind of work is OK.

[Entry Genre]
No limits on theme or genre.

[Entry Conditions]
Only works that have been released freely on the MediBang website can be entered.
To enter, you must add the tag "NipponMangaContest".

Translation
Your entry will be translated into Japanese for the judging process.

Prize Payment
The prize money will be wired to your MediBang account.
It will be sent to the entrant's PayPal account or wired to their bank account (the winner will bear the burden of any wiring fees).

Caution
By entering the contest, entrants agree to the Contest Rules.  We strongly recommend that you read all the terms and conditions prior to entry.