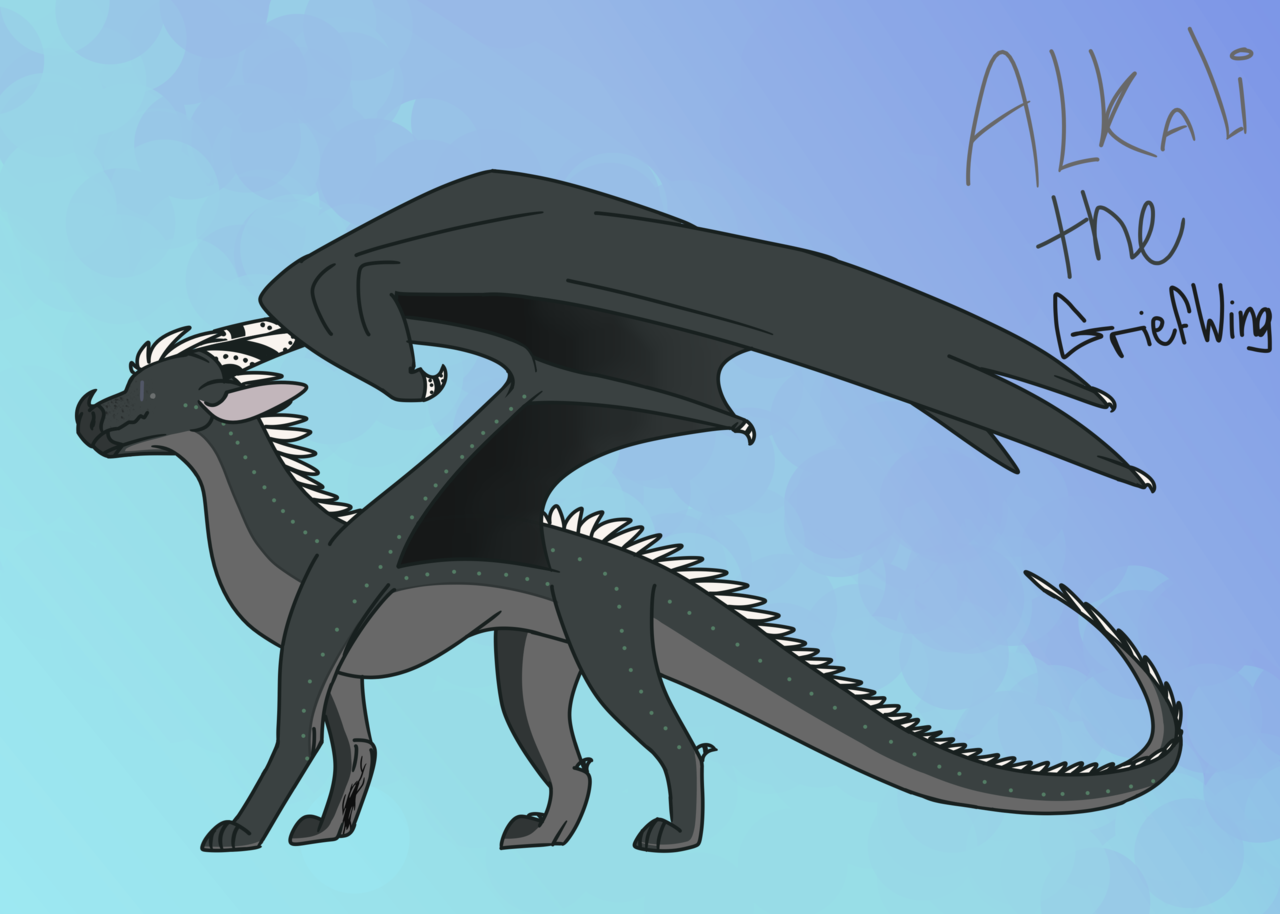 This drawing takes place at the time of HoG (my book) when he's a ten year old young adult male GriefWing. GriefWings are descended directly off of pure NightWings after small colonies of NightWings fled from Pyhrria at the time of Darkstalker's reign and went to live in the marshes of Protura. They're called GriefWings because the marshes are commonly known as the Grieving Groves. They are aware of their ancestry, unlike the BitterWings and GlassWings.
Alkali has a condition. A kind of curse. When the NightWings fled their home, Darkstalker cursed many of them. This curse prevented the infected NightWings from staying under too much moonlight. While many of the NightWings died because of this, the few of the infected that managed to survive and have dragonets passed down the curse. Alkali was born on a Brightest Night AND under a Crimson Night (explanation in comments), so of course he has it. I can explain more in the comments 'cause I'm running out of space 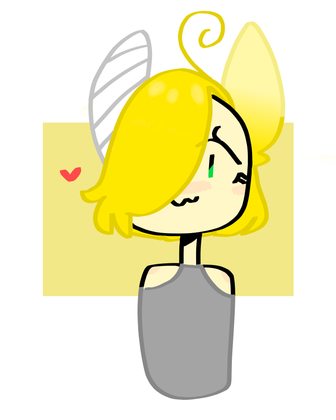