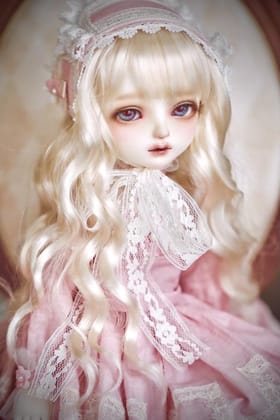 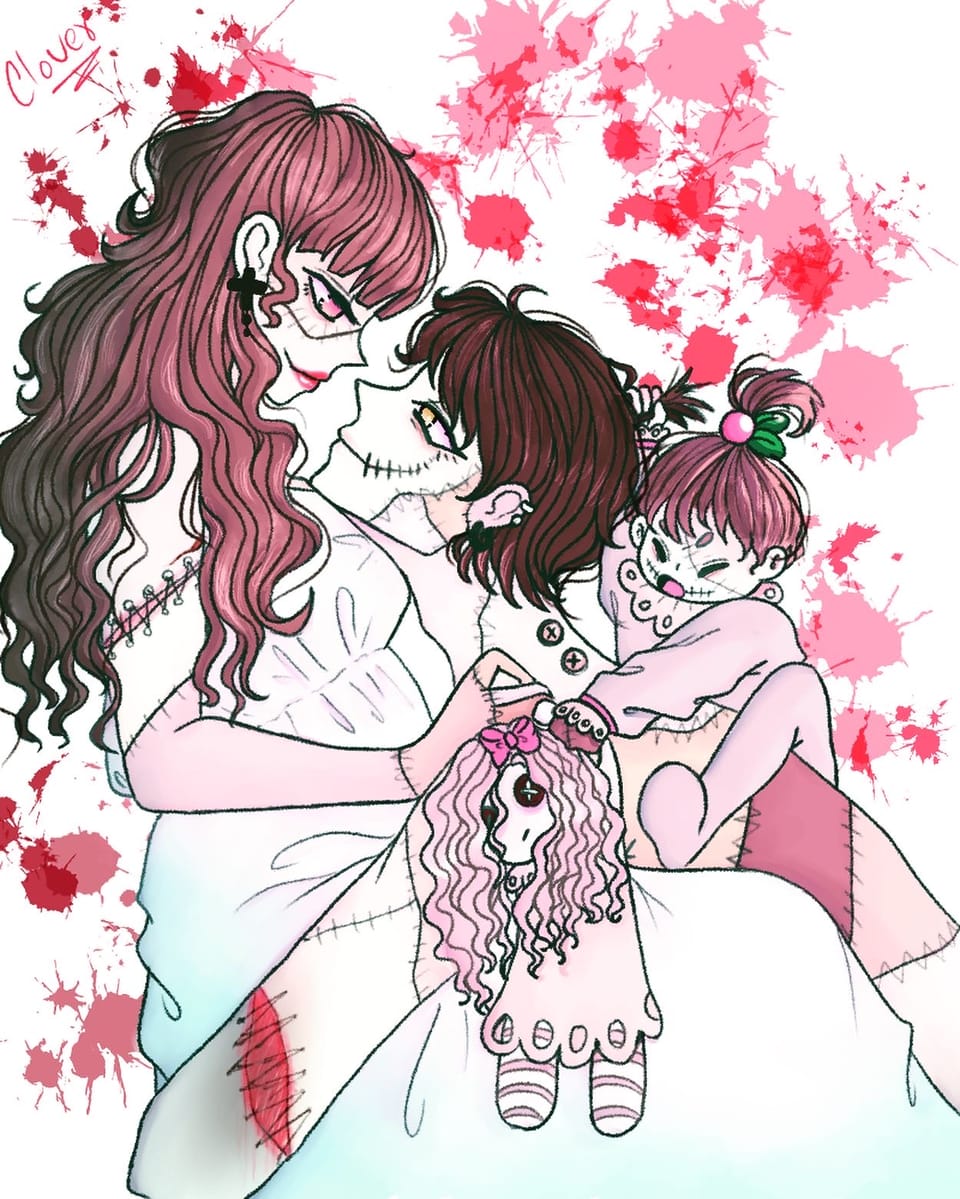 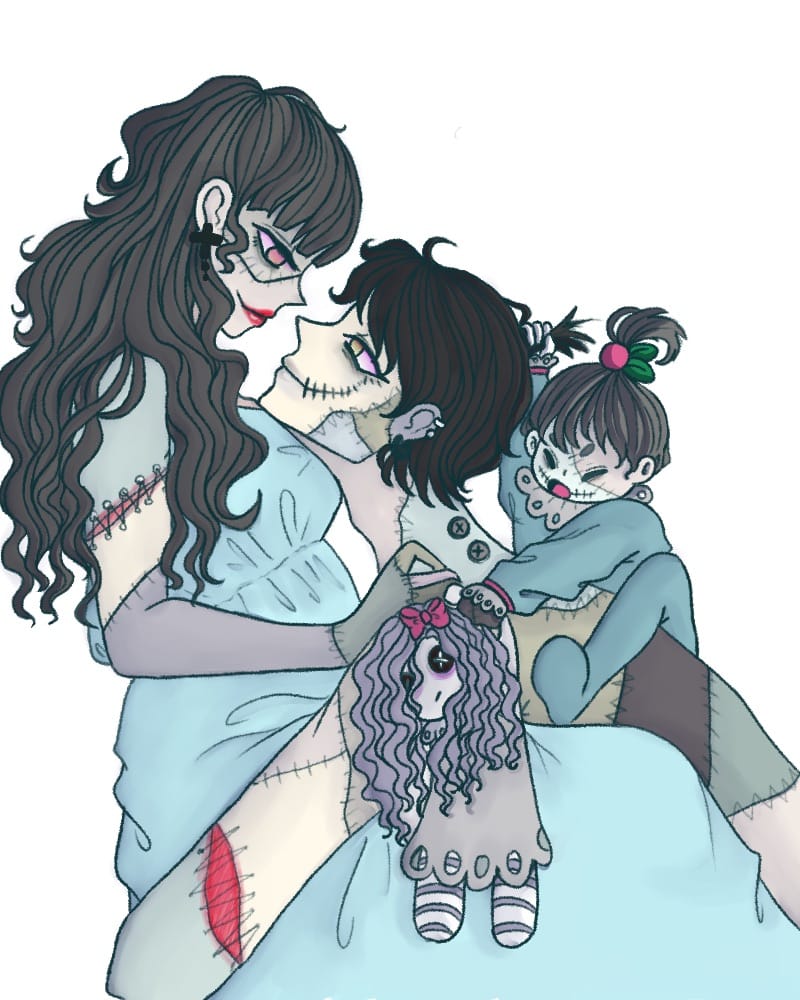 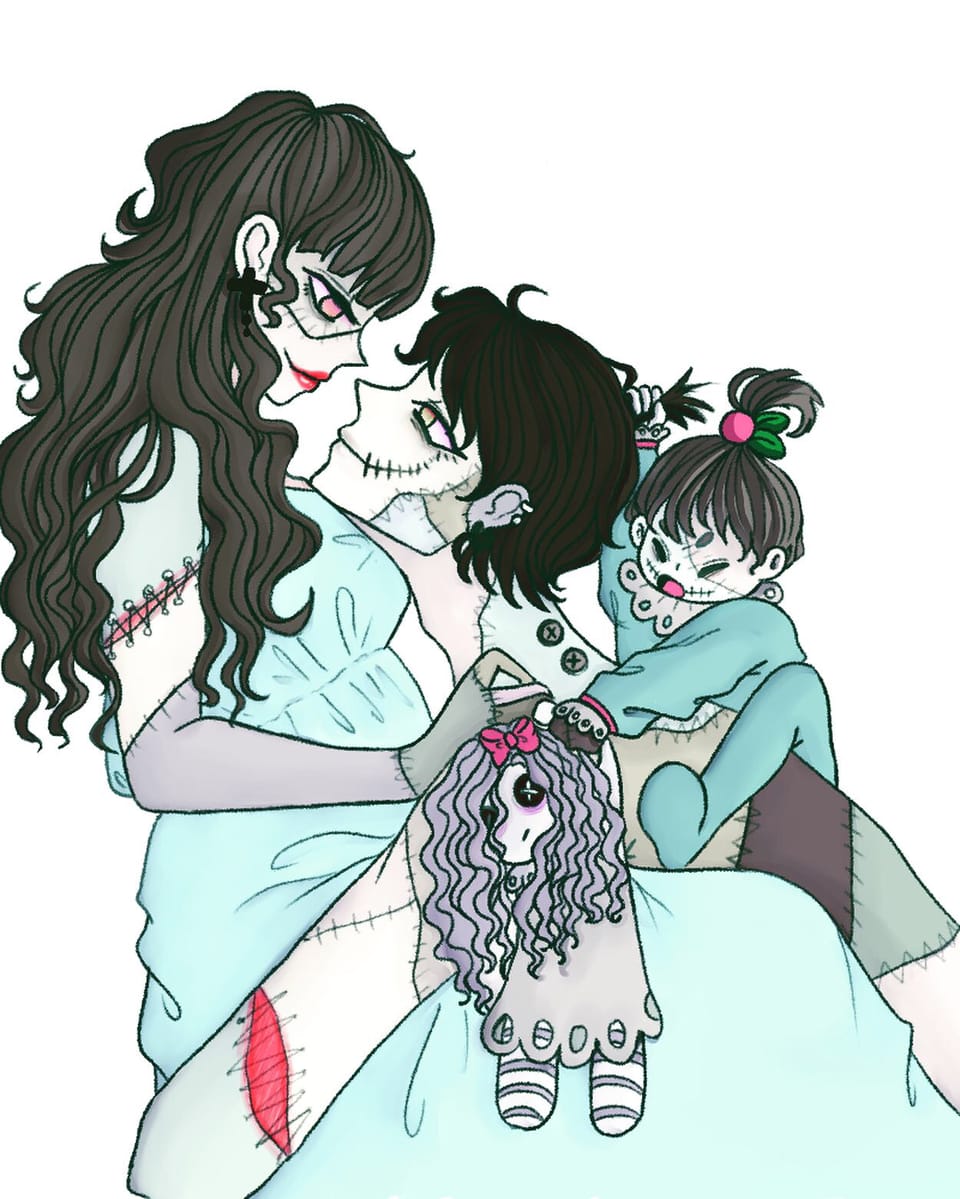 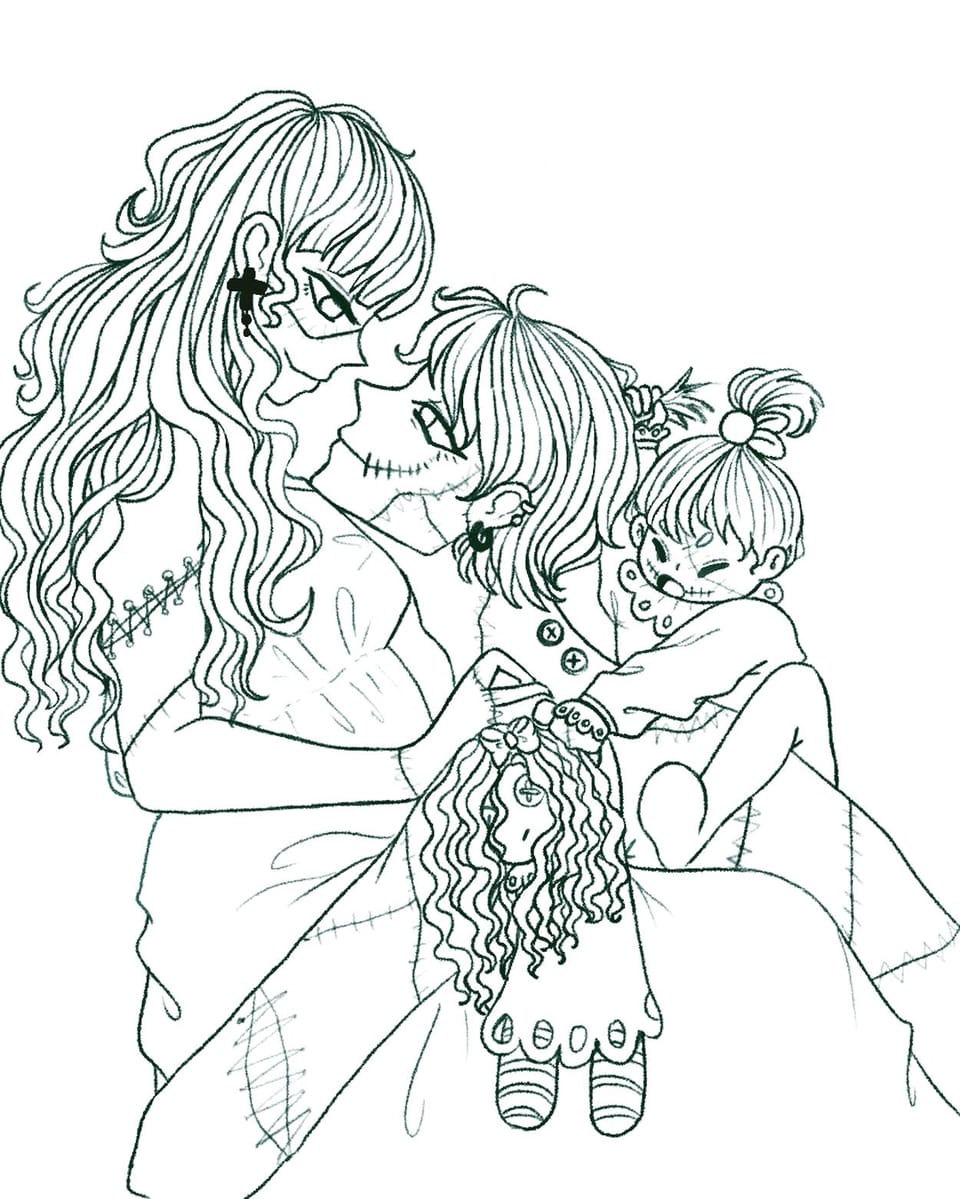 ‘His yellow skin scarcely covered the work of muscles and arteries beneath; his hair was of a lustrous black, and flowing; his teeth of a pearly whiteness; but these luxuriances only formed a more horrid contrast with his watery eyes, that seemed almost of the same colour as the dun-white sockets in which they were set, his shrivelled complexion and straight black lips.’

I kind of pitied the monster. So, I thought what would have happened if he was given a family before he murdered a human. And this came out from the feelings I had after reading the novel. 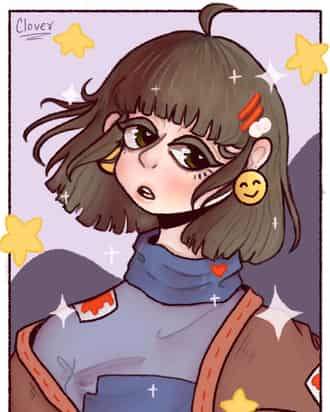 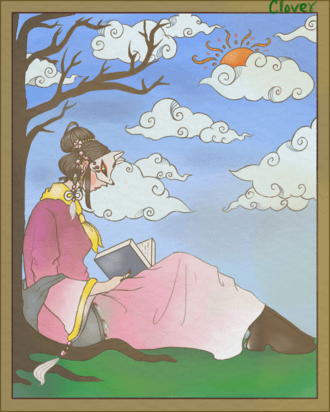