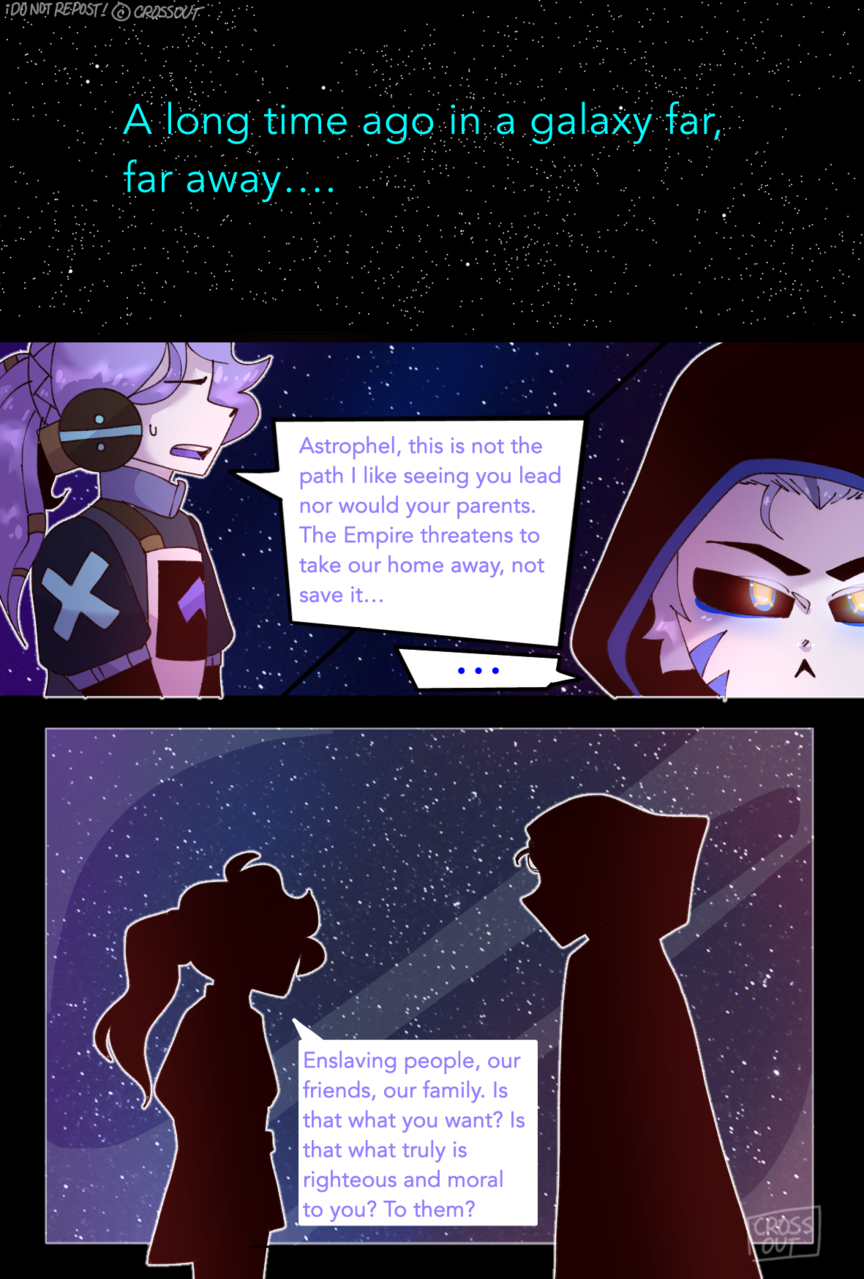 A long time ago in a galaxy far, far away….

The galaxy, divided into districts, governed by many, falls into turmoil as the rising Sith Empire begins its plans of rebuilding the universe into a new world. People enslaved, some captured, others no longer existing. On her journey to rebel against such tyranny, Cross has problems she will face that she cannot face alone. Who will be the brave of the brave to stand up and help her in her journey to stop the empire’s ruling? Certainly someone will come eventually…
[To be continued]

Hope you like it! I have an adventure story figured out :)
Feel free to draw StarWars ocs because I don’t own StarWars lol, Disney does 👌 but If you would like to have a character join the adventure story of mine, private message me! (It’s the best way to reach me or get my full attention)