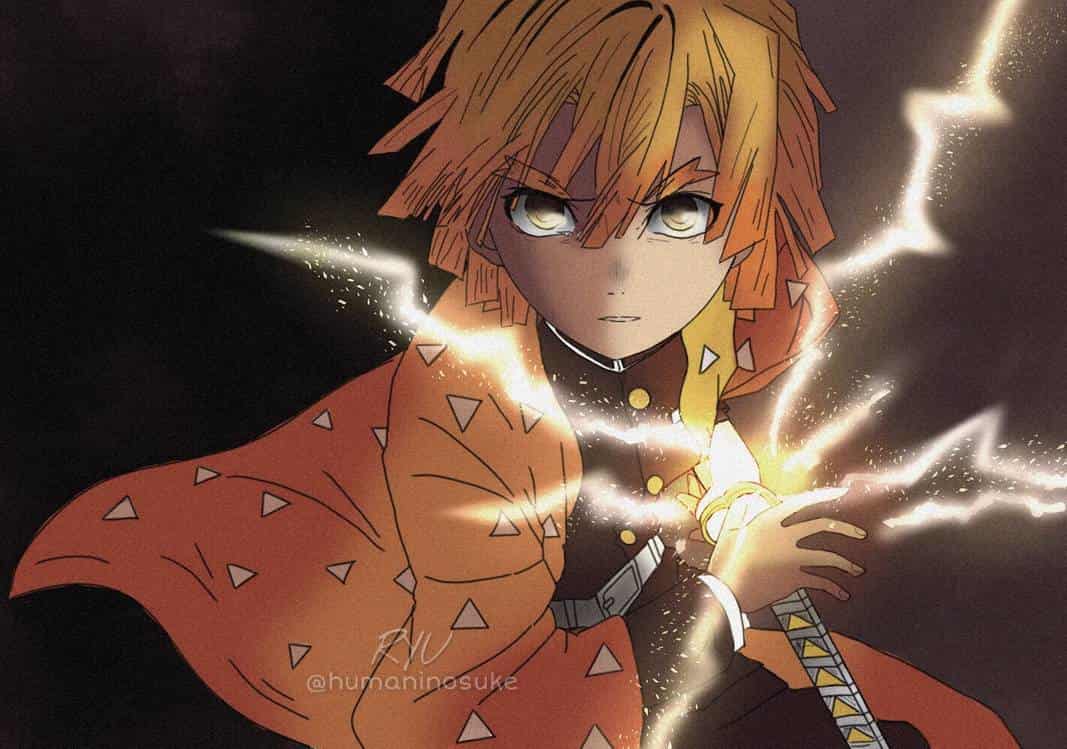 "Zenitsu Agatsumu" - thunder breathing: thunderclap and flash. Zenitsu is often portrayed as a strong demon slayer corps whenever he falls asleep. I had an idea to draw him while he is fully awake. I believe that he is cool and strong also like the other characters in the anime. Rather than also seeing him as a weak crybaby, I saw him as a replication of an artist self.

Thank you for letting me join the competition!