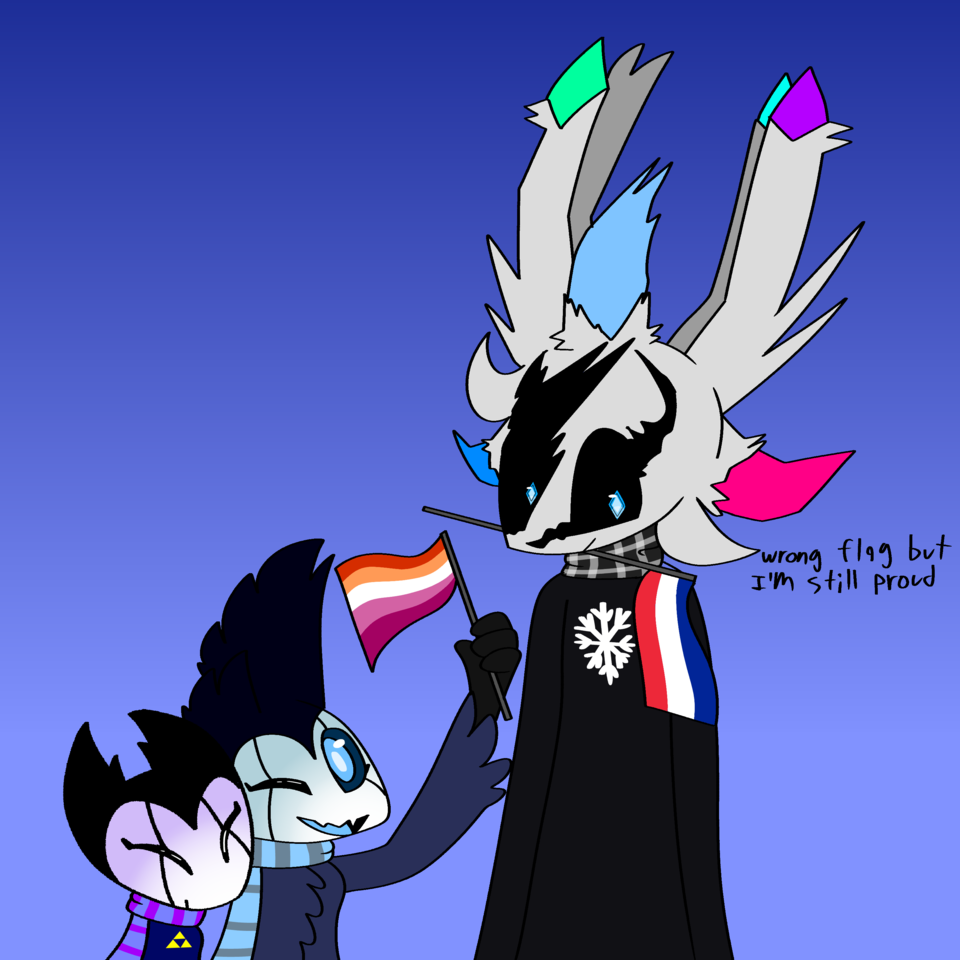 but all you need to know is that Arthur is proud that he's french lol
my sexuality is I'm asexual, I am not sexually attracted to anyone which I mean is hard for me to talk abt here in my family because everyone calls me a plant >:[
but at least I can talk abt it here because I know I'm safe here
anyways, yeah Snow was suppose to represent me meaning she would have to be asexual but after making Vos I was like "that is actually really fucking cute, it's a thing now" so it's a thing now
as for Arthur, he represents me so he very asexual, and very french ;]