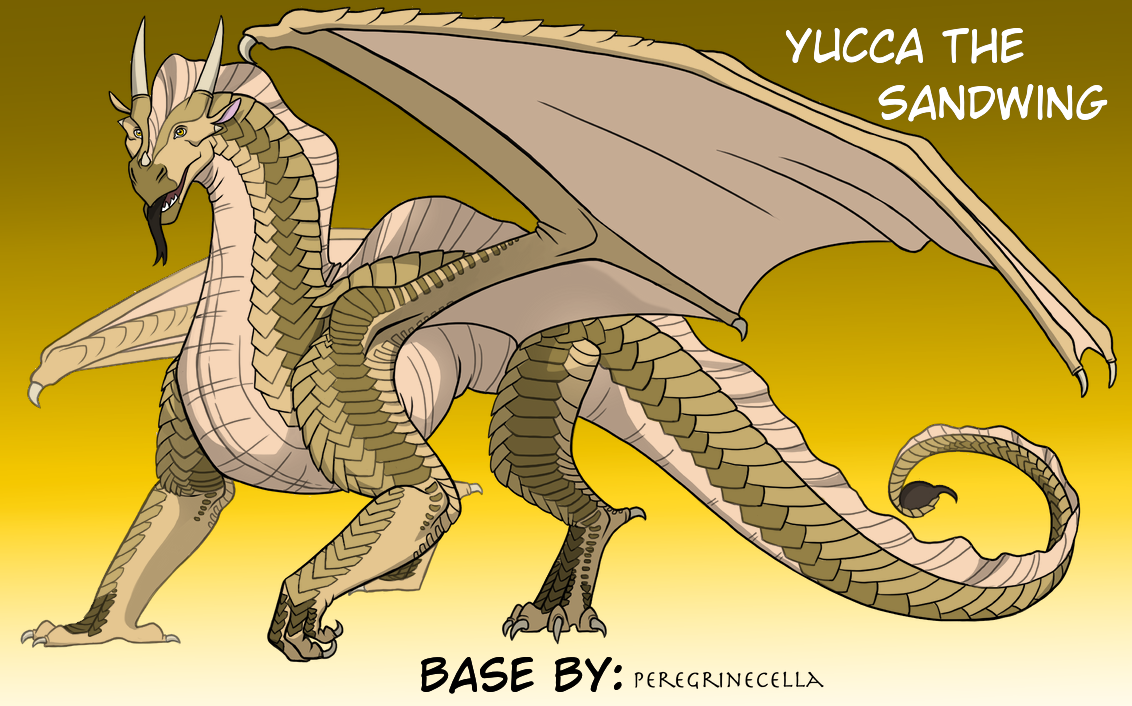 This Base is not mine. I colored it. The base's owner and creator is on the canvas. This is my OC SandWing Yucca and one of my new protagonists of my Wings Of Fire series! He is an ordinary SandWing, more like was an ordinary SandWing. He used to be training as a guard when his Kingdom suddenly was attacked by SkyWings. He dislikes SkyWings more than the other protagonists because he saw SkyWings kill his parents before his very eyes. He had to escape the Kingdom to survive and he later found out that the Kingdom thinks he caused the attack and he could never return.