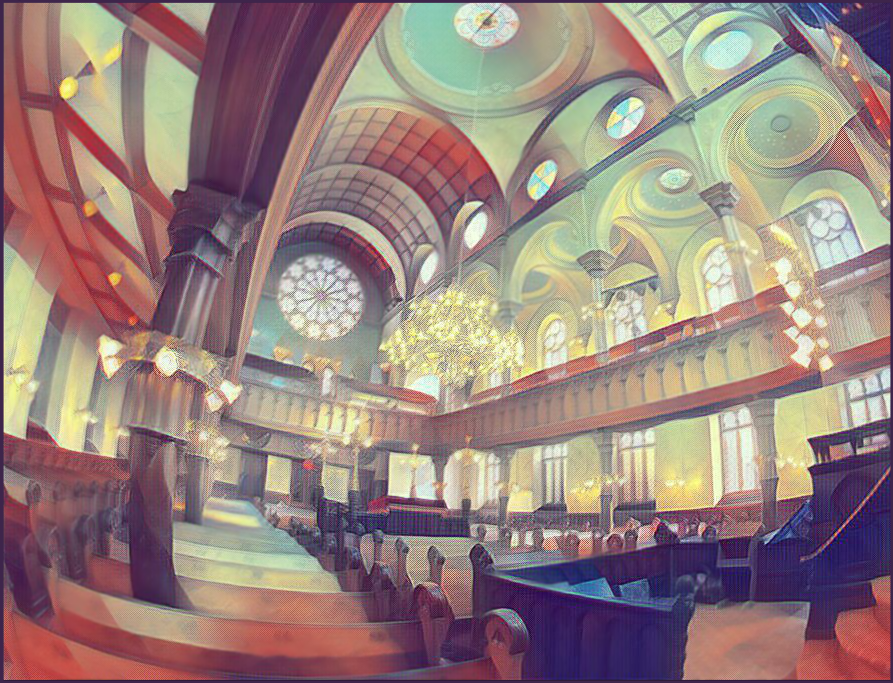 The Eldridge Street Synagogue was built in the late 1800s, and provided the immigrants of the Lower East Side a space of sanctuary. This was their newly found religious freedom. The Lower East Side was cramped and filled with factories and shops. This was somewhere peaceful, and it stood out against the other buildings. It fell into neglect until the Eldridge Street Project finished restoring it in 2007, which was its 120th anniversary. It's open today. This is a wonderful place to be.