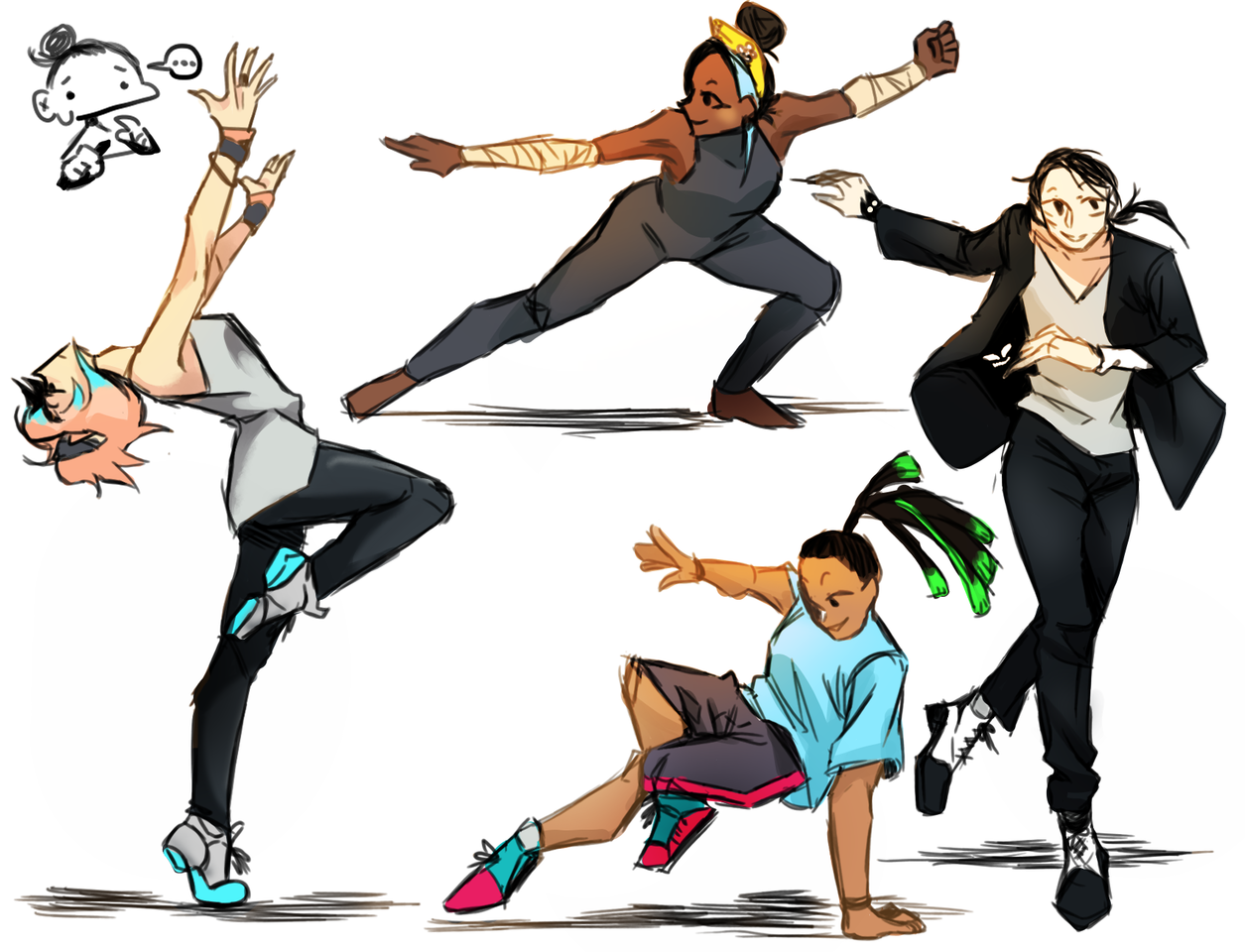 so...basically i spent the whole afternoon drawing dance moves, so i came up with the idea of "hey, what if i draw like it's my ocs' favorite dance?"
--------
Ruby (the person with the ears of some animal ornament) is in her most human form lol, and likes jazz because of the improvisation, something a future king should know how to do (like adapt quickly, idk-
Rachel (the woman with the yellow scarf on her head) likes contemporary dancing because... is it something "new and modern"?
This super pale man can be called Akira, he likes tap dancing although he doesn't belong in the same timeline where the dance is practiced (and let's get confused again lol
This character who has green details in his hair still doesn't have a specific name, although I created it for some time, he likes hip hop because he learned something similar as a child...
---------
That's all folks :p