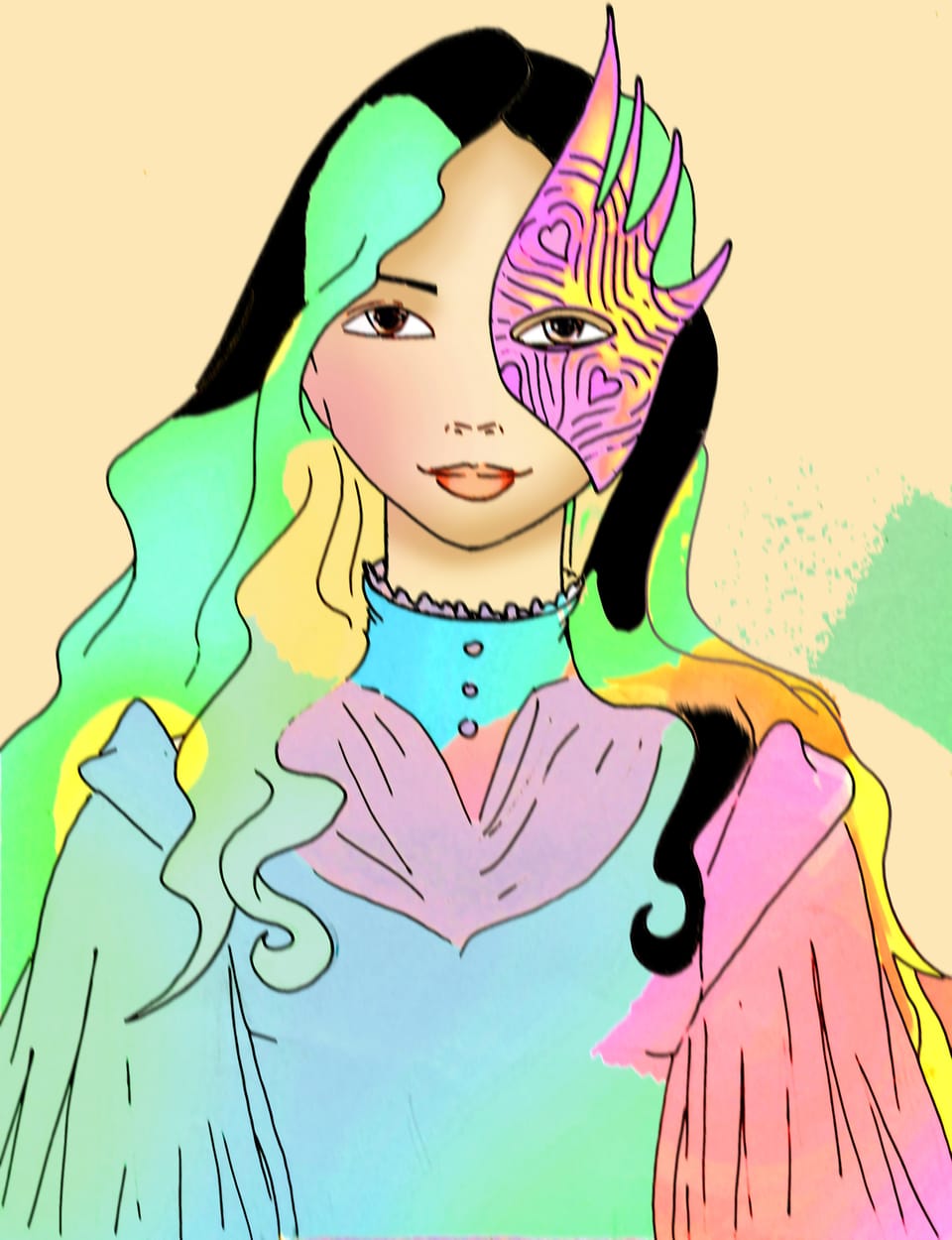 Esther was a woman featured in an ancient 18th century portrait.
Then a cruel man stabbed the painting right where his face was.
Esther then walked out of the painting and became a real woman with a real life.
She is now the woman who watches over the works of art and preserves them so that they resist the injuries of time and men.