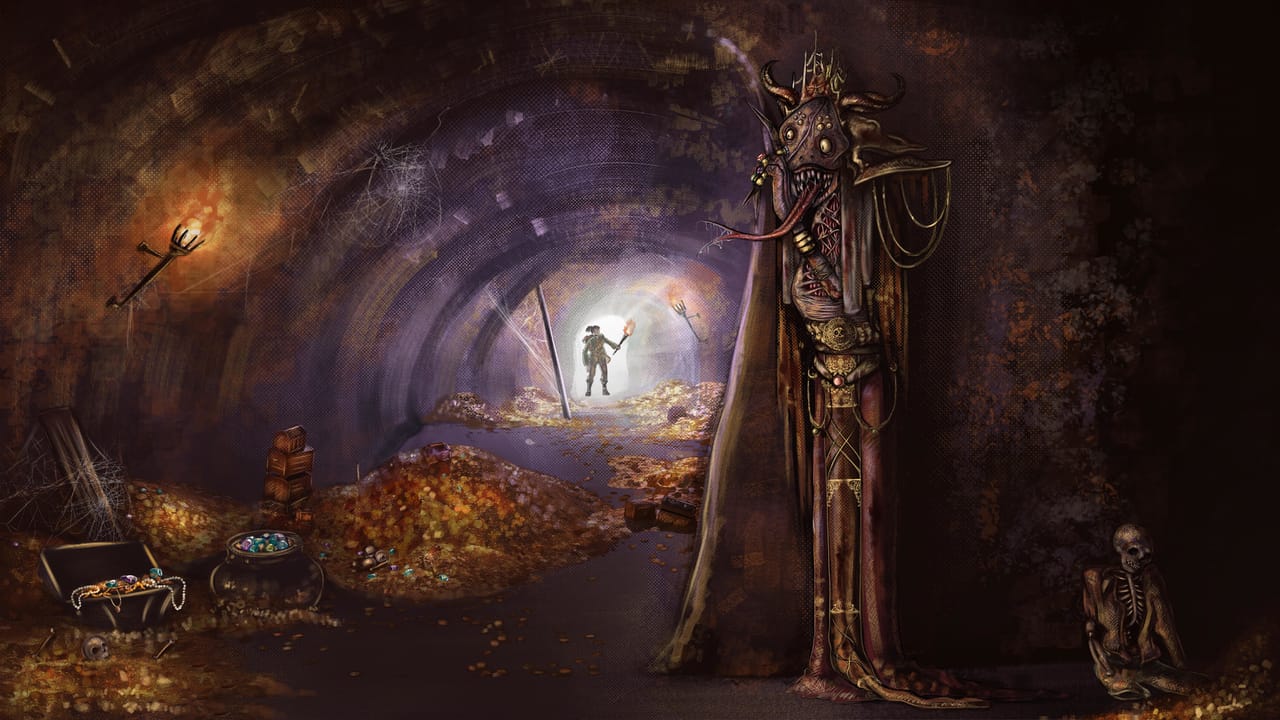 There once lived a king, who was greedy of wealth and bloodlust, he usurped many kingdoms, slayed innocents just to satisfy his urges. Out of paranoia he hid his wealth in a secret cave far from his own palace. Now being cursed he is forced to spend his days in the very same cave as a treacherous flesh-eating monster, immortal yet rotting amidst what was once his own treasure. Now this very same treasure acts as bait for those unlucky explorers who want to taste a glimpse of such treasure and get a taste of the monster’s bloodlust instead.