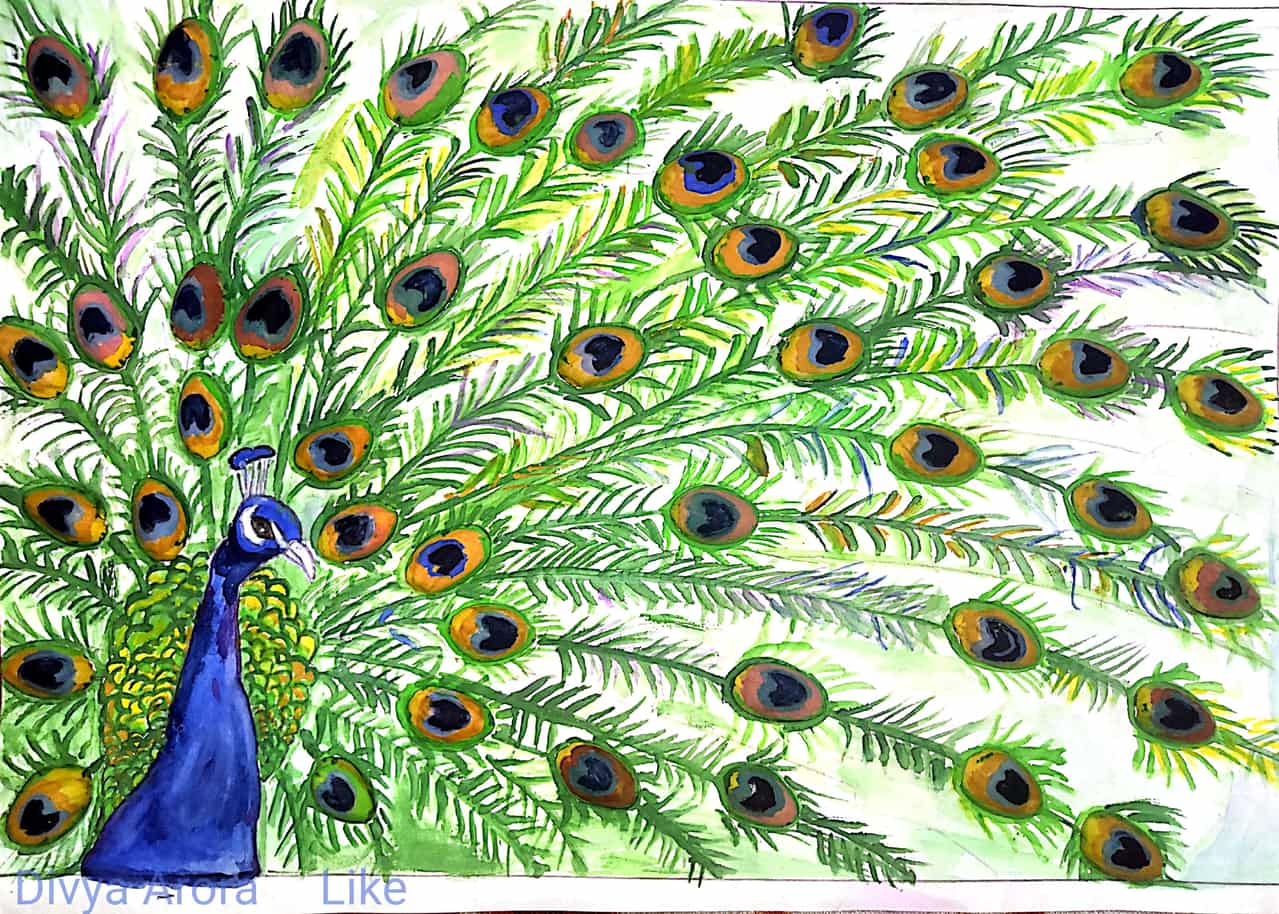 Prominent in many cultures, the peacock has been used in numerous iconic representations, including being designated the national bird of India in 1963. The peacock, known as mayura in Sanskrit, has enjoyed a fabled place in India since and is frequently depicted in temple art, mythology, poetry, folk music and traditions.A Sanskrit derivation of mayura is from the root mi for kill and said to mean "killer of snakes". Many Hindu deities are associated with the bird,Lord Krishna is often depicted with a feather in his headband. It's a beautiful creature whose vivid colours represent India.