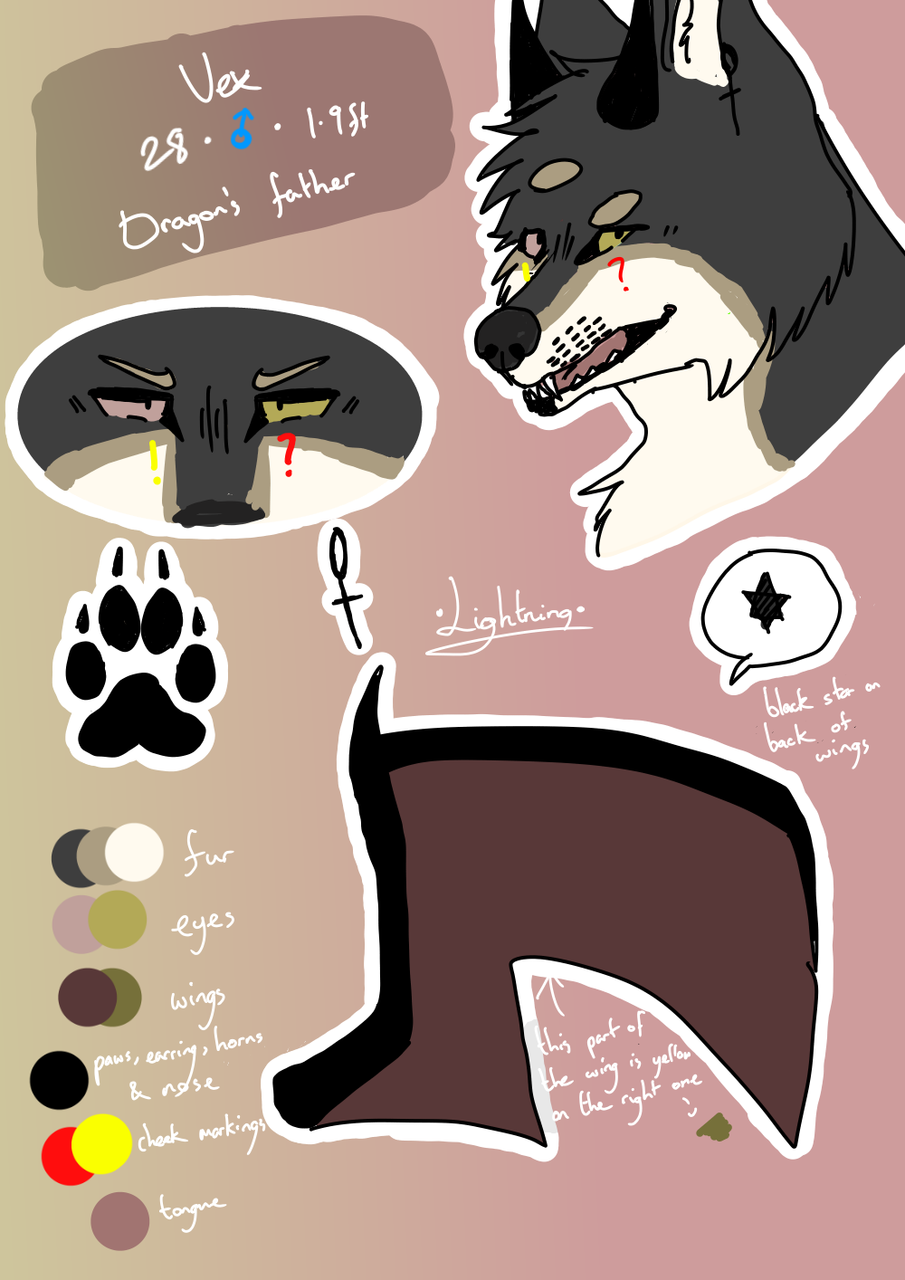 damn-
basically this is Dragon's (my friends oc) father. Dragon is the shiba inu with dragon wings in the refsheet I made.

I'll try do a quick summary of the backstory s k

Dragon, Alfie (my other friends oc) and Danny (my oc) were friends for quite a while but Alfie and Danny fell out with Dragon. A year later is where his father comes in, Dragon thought he was dead but he was alive (cRaZy!) His father basically captured him and took control of him. Then he becomes some sort of psychopath and hunts down Alfie and Danny. We're still working on the story but yeah :D

also when his father takes control of him, he has these markings on his cheeks similar to the fathers. We still havent decided on the design tho
anddd the fathers design may change aa-

also sorry, ik the ref sheet is kinda all over the place.. that's like all my refs but oh well XD