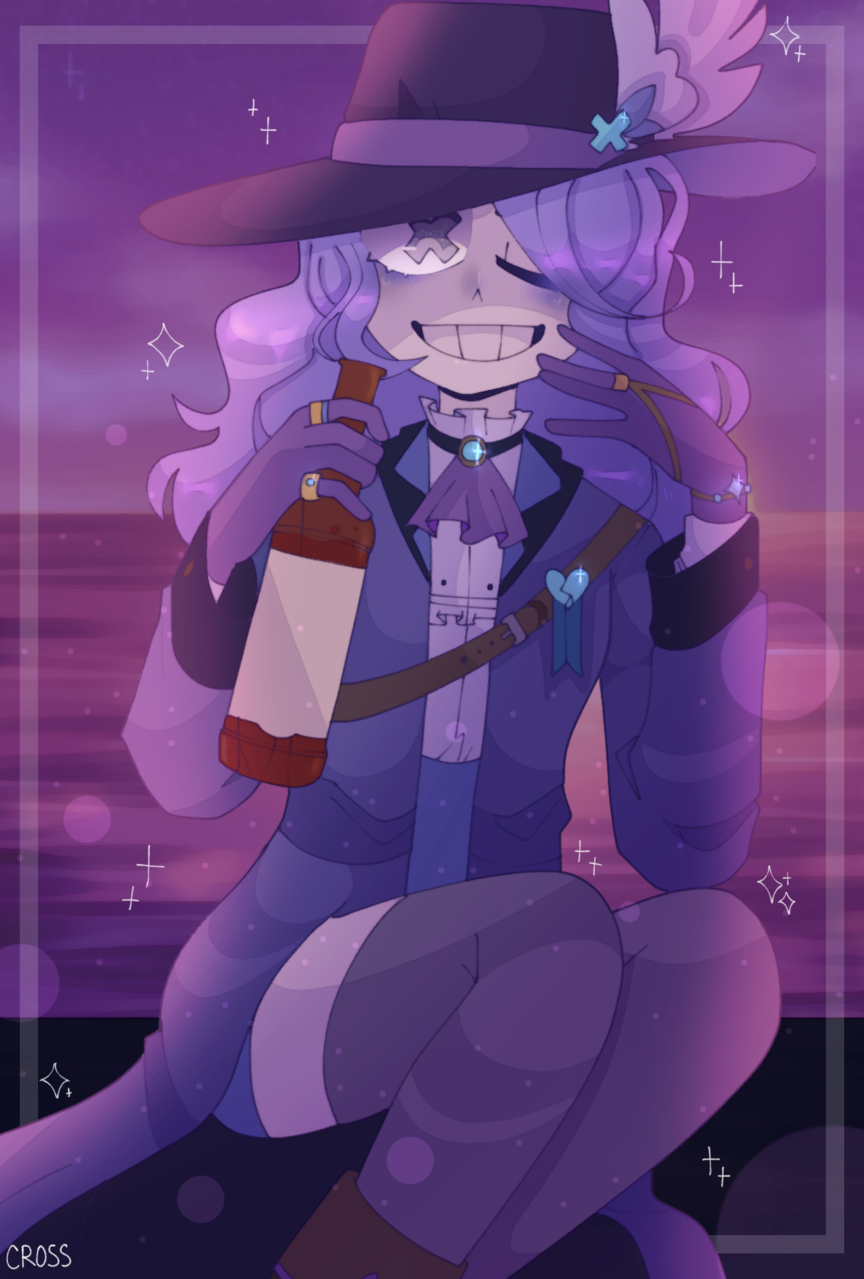 I fixed pirate cross a bit lol Hope you like it!
She is made of sugar, tea and a hard liquor (I don’t condone drinking!)

Pirate Cross puts on a facade that she’s always a bit...drunken- But that’s so that people leave her alone so her many curses don’t hurt other people around her :0 In reality if you talk to her she’s very intelligent and proper but she’ll just never let you know that ^^” This is also a reason why pirate cooper does not exist ? No interaction with people means no babey boi :)