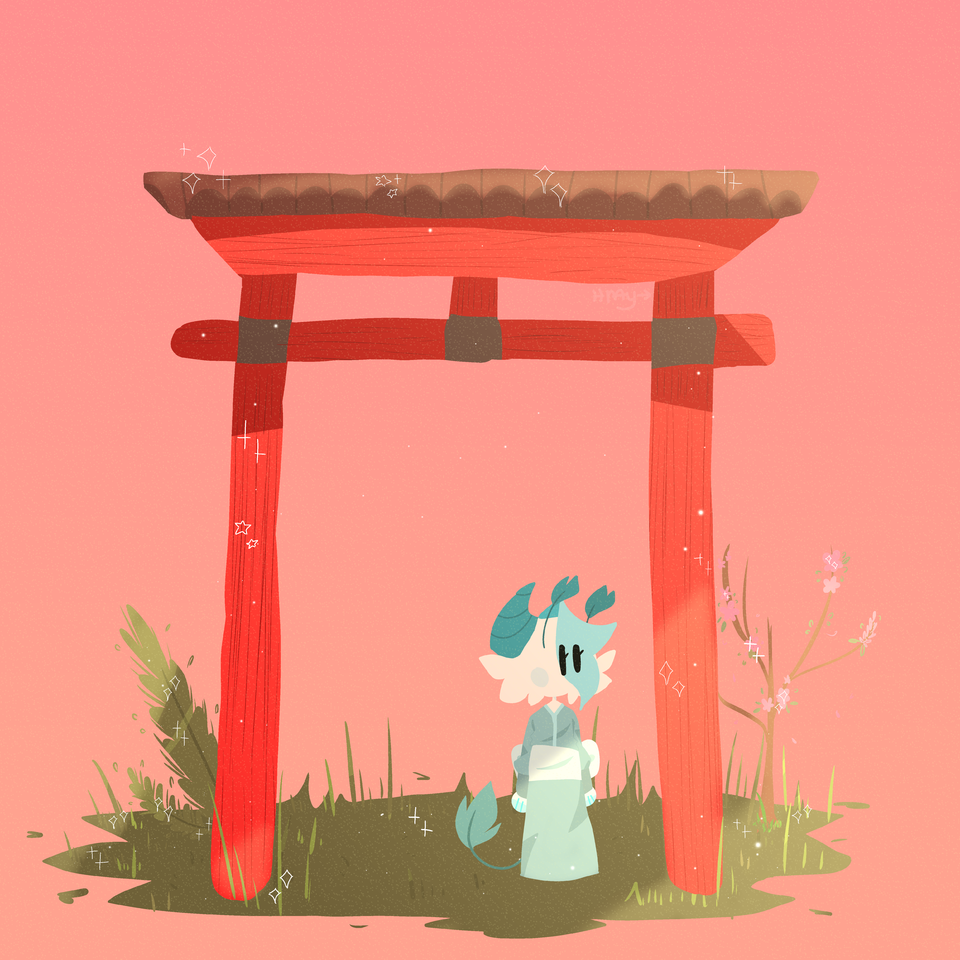 So recently quarantine made me watch sum shows and movies. And it appeared that i was really into japanese culture. That made me motivated into studing japanese architecture and some other stuff. Its not 100% accurate, i just did what i could gather. Im also doing sum other stuff, including future comics, contest, and maybe sum gifts for a few of my favorite muffins/people. So just hang in there. Also i somehow got gold rank, i dont think i deserve this but i guess i have to force myself to, btw tysm for all the support who had been here for me since the beginning and in the future, ily guys so much i cant- !!! 💕💕💕✨✨💖💖 💙💙💙