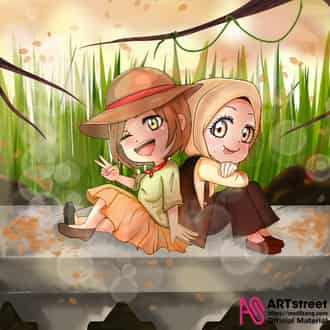 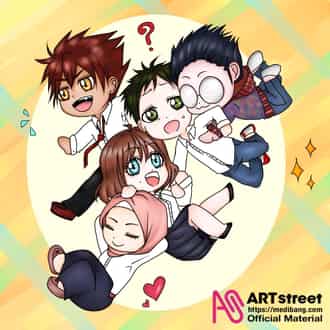 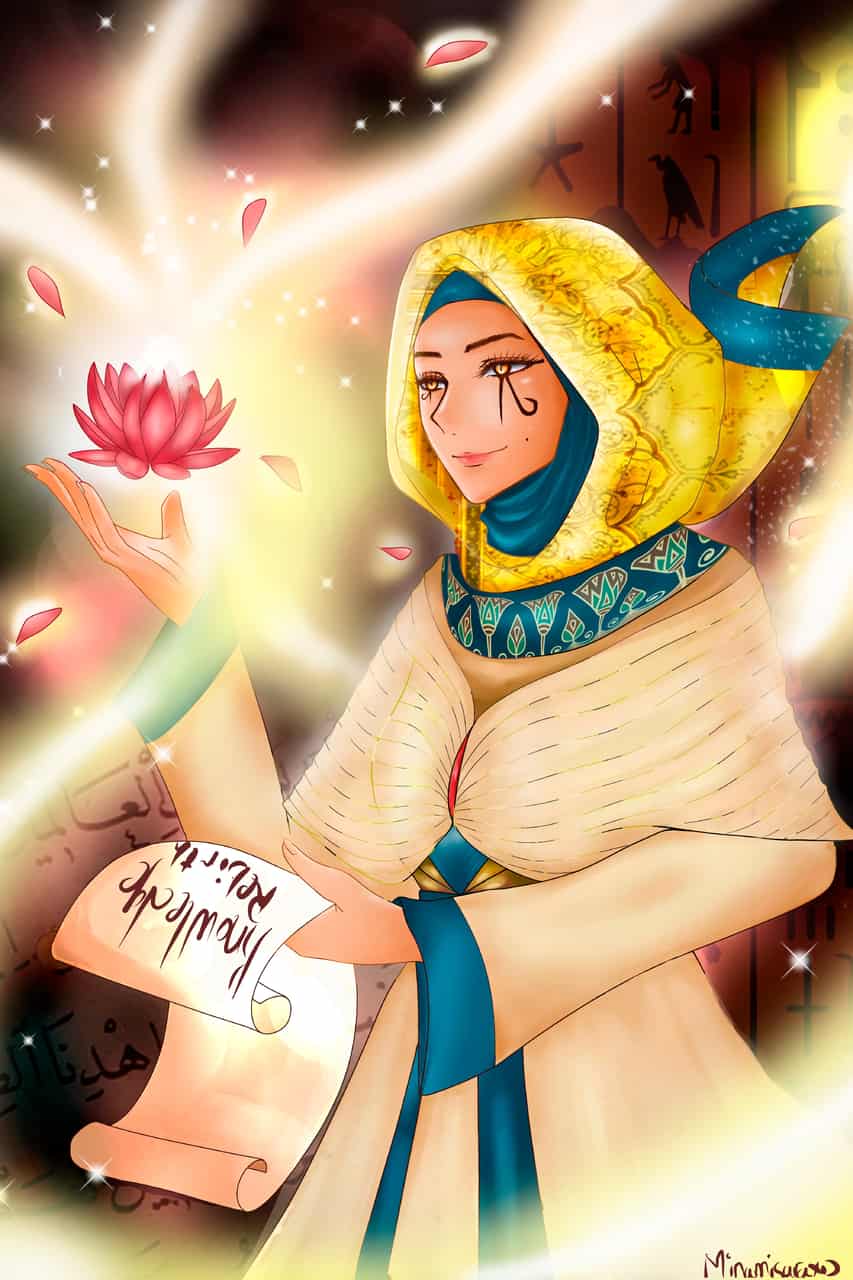 When people hear about Egypt, they always think of the Pyramids, the Pharaohs, and the Temples. But Egypt is more than a land of interesting monuments. For thousands of years, Egypt has been acting as a minaret of knowledge, where people gather from all over the world to acquire it. Ancient Egyptians were able to discover and utilize a great deal of scientific knowledge that wasn't rediscovered until recently. Egypt was and is still the land where great scientists and philosophers gather. It's the land where the best schools and educational organizations were originated and still hold for nowadays. As a Muslim Egyptian, I created this illustration to show a mix of the customs of my Egyptian ancestors along with my present Islamic beliefs. Knowledge brings mankind closer to God and his creation, and that's why knowledge is a very important aspect in our culture. The lotus flower symbolizes rebirth; the writing on the right is hieroglyphics; the writing on the left is Arabic. 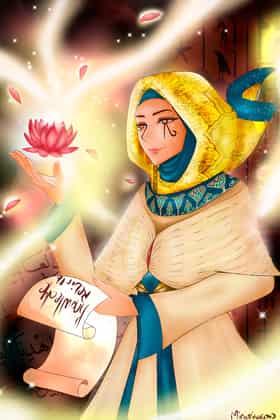