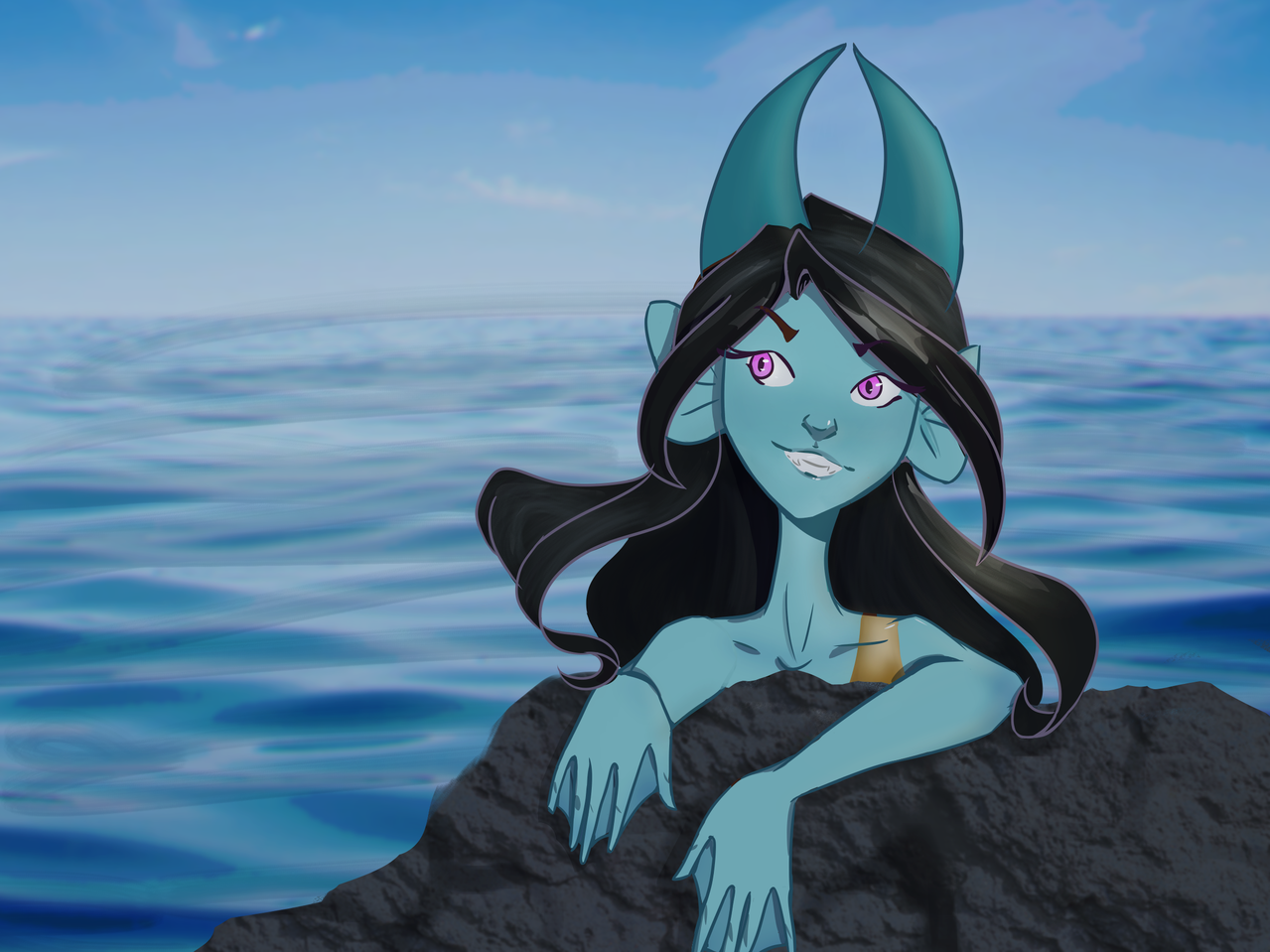 As soon as I heard wellerman in January, I thought of this whole entire crew going on epic adventures.

This is one of the characters she doesn't have a name yet. I have done some designs for her crew as well. I might share them later

Her design was subconsciously inspired by laguna from monster high, but I decided to change it as much as I could.
I thought that the horns would create a streamline shape that would make swimming faster, like when swimmers put their hands over their head to swim faster like a fish.
I did a bit of it in March and then forgot about it, and I completed it last night.

She is wearing clothes but you can't see them, her other arm is covering the other strap

The artwork and character belong to me.