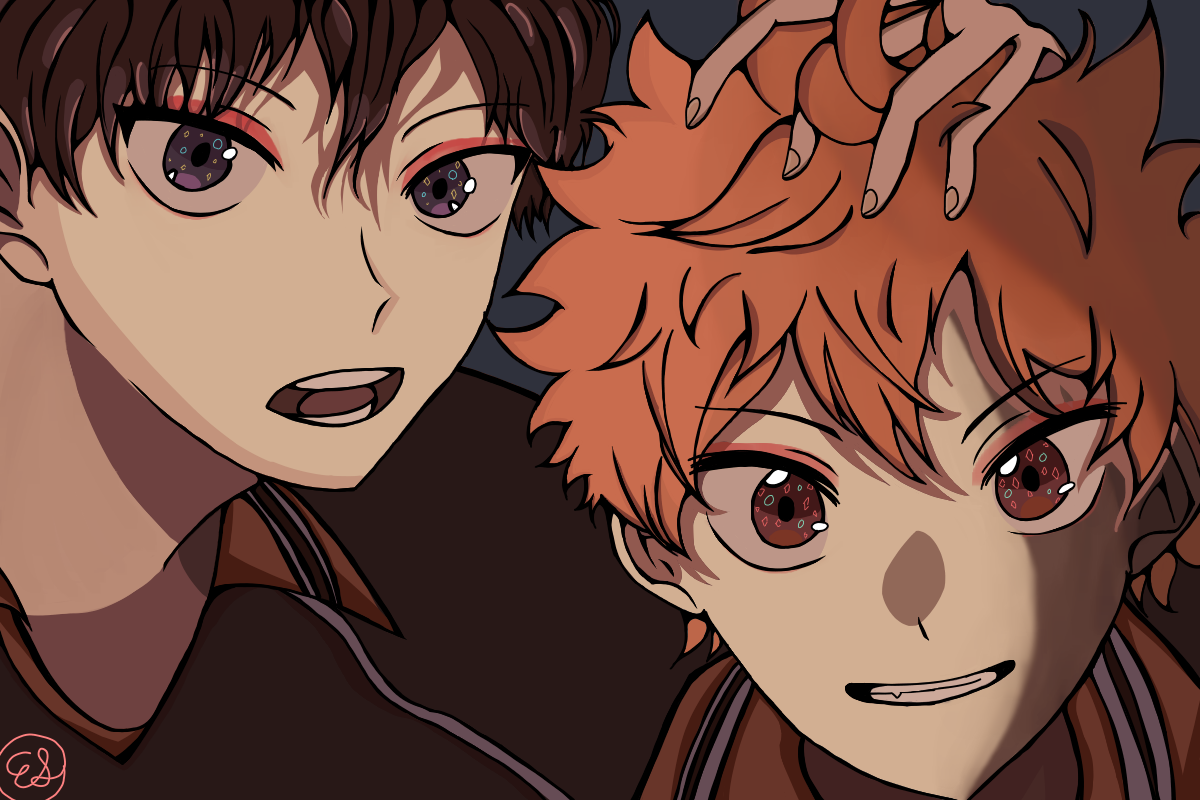 The Haikyuu gods said "Go child, spend three days perfecting this, you better make it good." and I just said "Hai~ sir!"
I just wanted to do some fanart and it turned out better than I thought it would. >w<!! Plus, since in my last submission I paid extra attention to the line art, I thought I'd do it again except with color! The story behind this is that they were out practicing late and are now asking coach Ukai for snacks :3 (I still messed up a bit lol) (I tried doing shadowing but... Well I tried.)