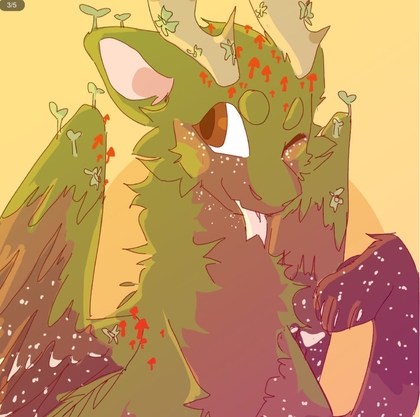 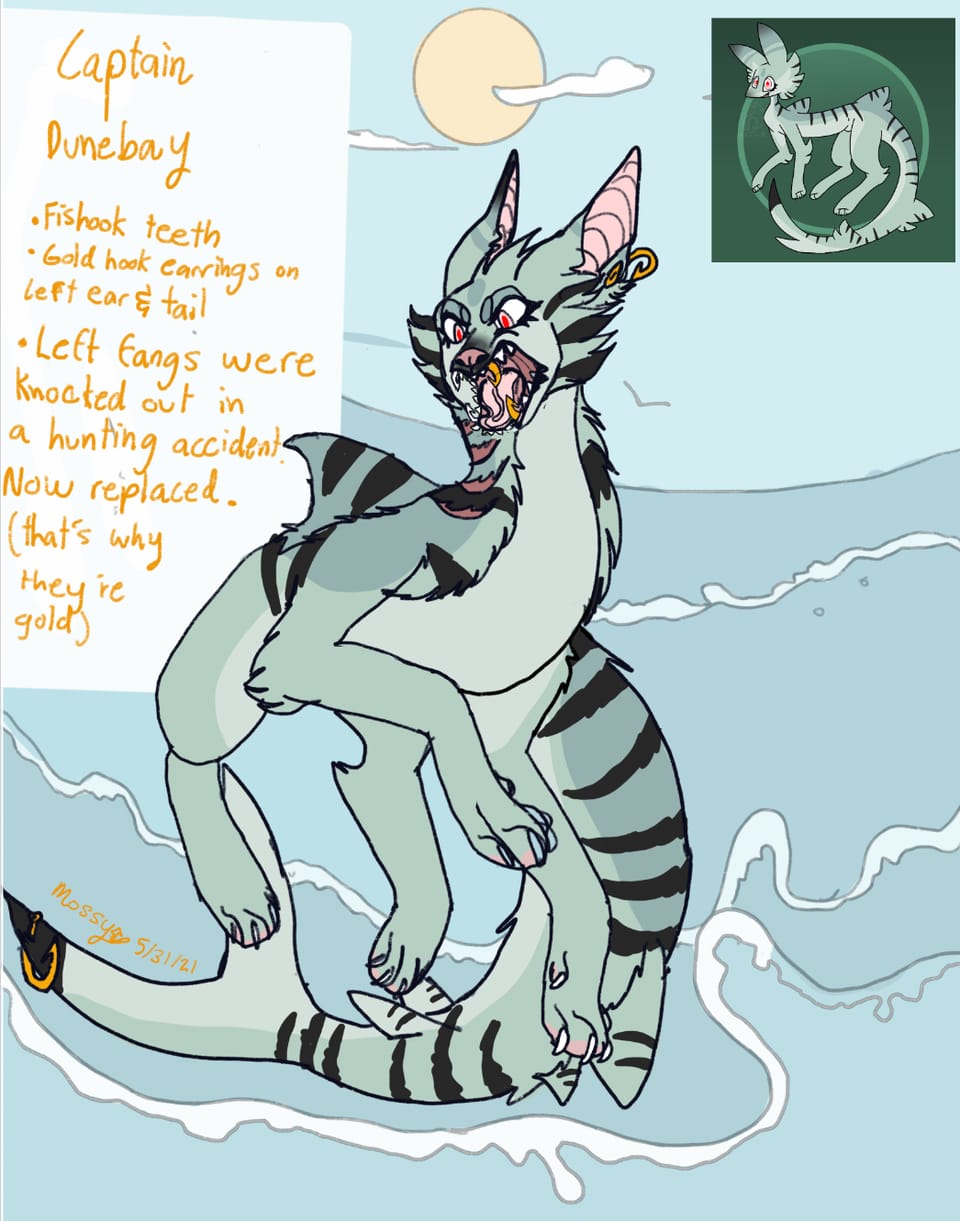 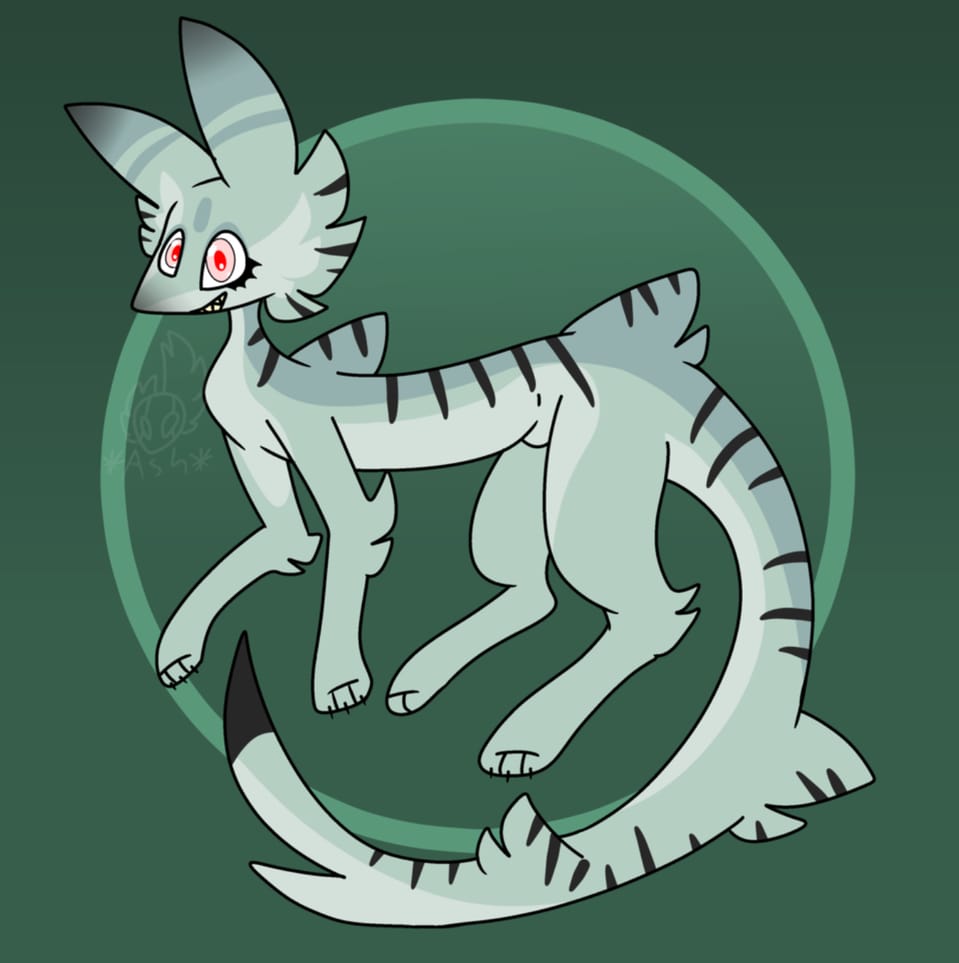 I had maybe too much fun making this! I went a bit rogue and made this character a backstory, with some personal changes. (Ex. Name, fishhook teeth, Little bit of lore.)
I imagine them as a sort of pirate/fish merchant, hunting big game with their mish-mash crew. Fun Facts:
+ Their full name is Captain Agave Dunebay.
+ (personal head canon, you can change if you want) Pronouns are She/Her.
+ She lost her left canines in a hunting accident, when she was trying to snag a whale. It knocked out both canines, and escaped with two fishhooks prongs in it’s side.
++ (bonus lore) The whale was discover 40 years later with the fangs still imbedded in it’s side. Researchers extracted them immediately.
+ Agave is 5’7” standing upright.
+she has gills and a dog nose, so she can breath both on land and underwater.
+she prefers to breath freshwater, as it’s easier on her body, but has adapted to breath saltwater as she grew older.
+she is 37 human years and has a human life span. 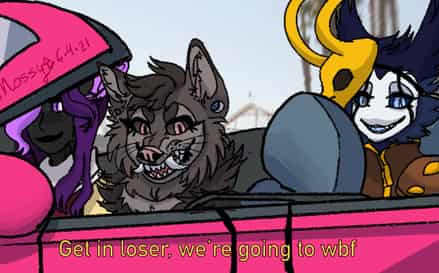 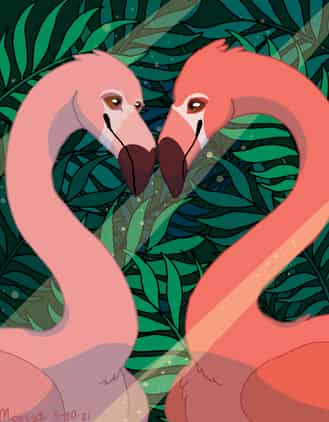