"all her insecurities were flowing out" read desc 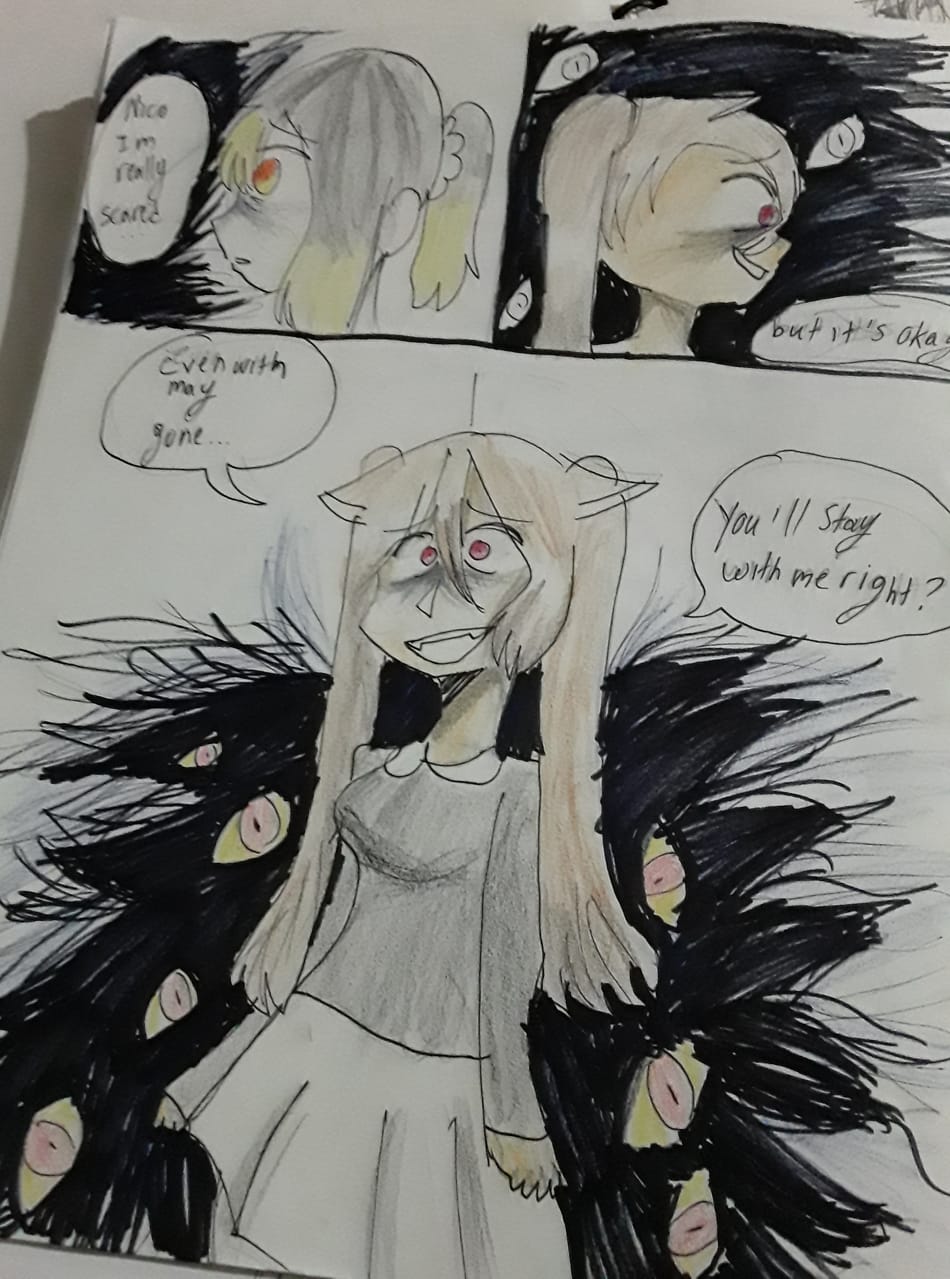 "all her insecurities were flowing out" read desc


at the funeral of May; Nico and Amiree had gotten into somewhat of a fight. They both blamed themselves for May's death so they were trying to tell the other one how it was their fault and not the others. Eventually, Amiree broke down and Nico saw them. The eyes. Nico is a dark mage. She has the power to see curses and put curses on others. Even if Amiree's curse was emotional it was still a curse. Nico describes it as "as all her insecurities were flowing out I could feel it. And it was staring me dead in the eyes."
Nico thought she had done this to Amiree and gotten really scared that she had hurt her. So she left the funeral traumatized. They stopped talking after that, but Nico still sees it. Everywhere she goes it stares back at her. Those red and yellow eyes surrounded by black and blue hair.
also don't ship them plz. They have a sister and sister type of relationship.