"I wasn't expecting you to say that!" 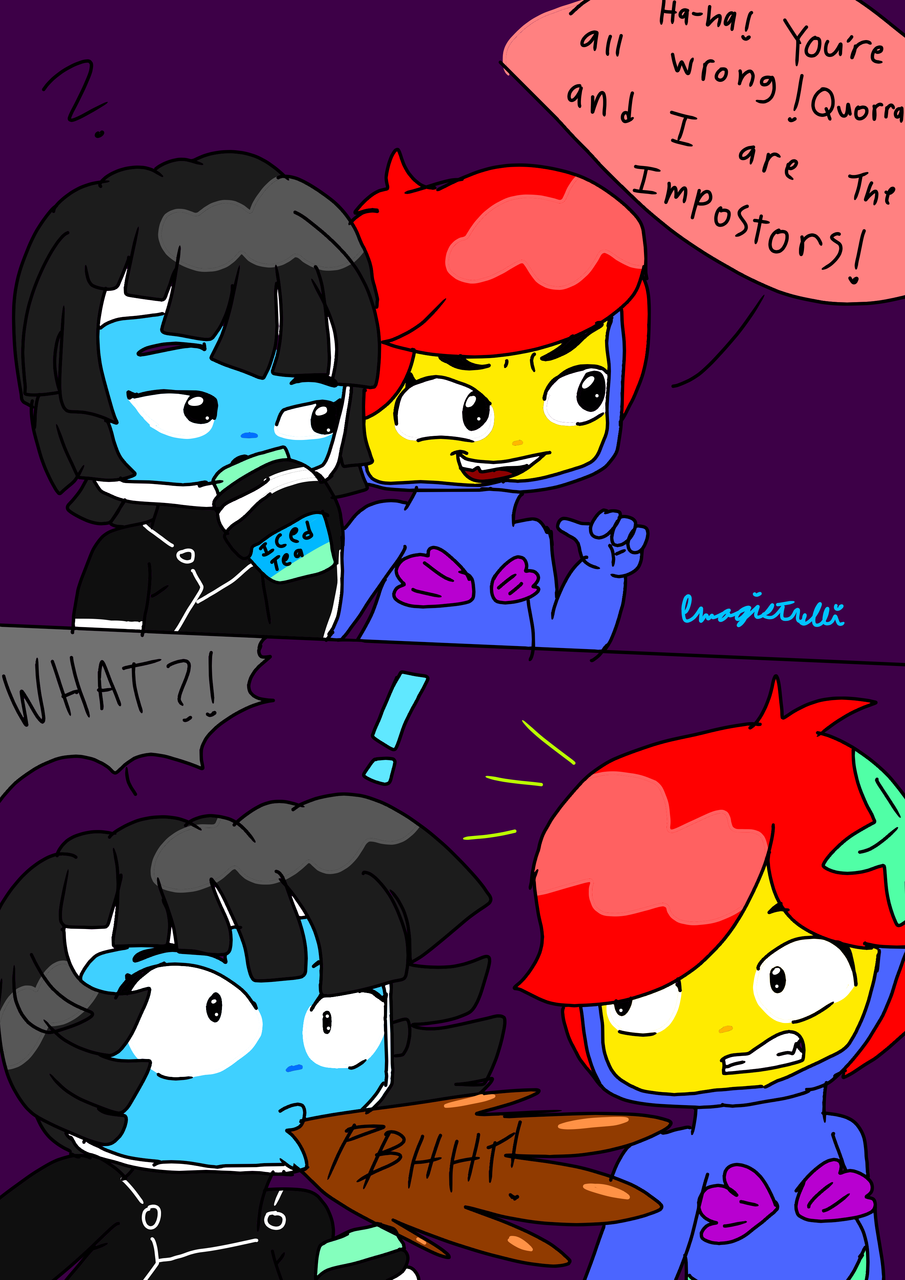 "I wasn't expecting you to say that!"

I was playing Among Us the other day with my friend, Wilfredo, and we were just playing with randoms. Someone named Evil Angel (Red) and I (Black) ended up being the Impostors in one round and when someone reported a dead body and the crew was guessing who the Impostors were, Evil Angel said "Haha, you're all going to Hell! Because it was me and Black!" I was shocked that they said that so I replied with "WHAT?!" So this is a random comic I made with Ariel as Red (Evil Angel) and Quorra as Black (Me) and what I thought Quorra's reaction would be if the same thing happened to her.