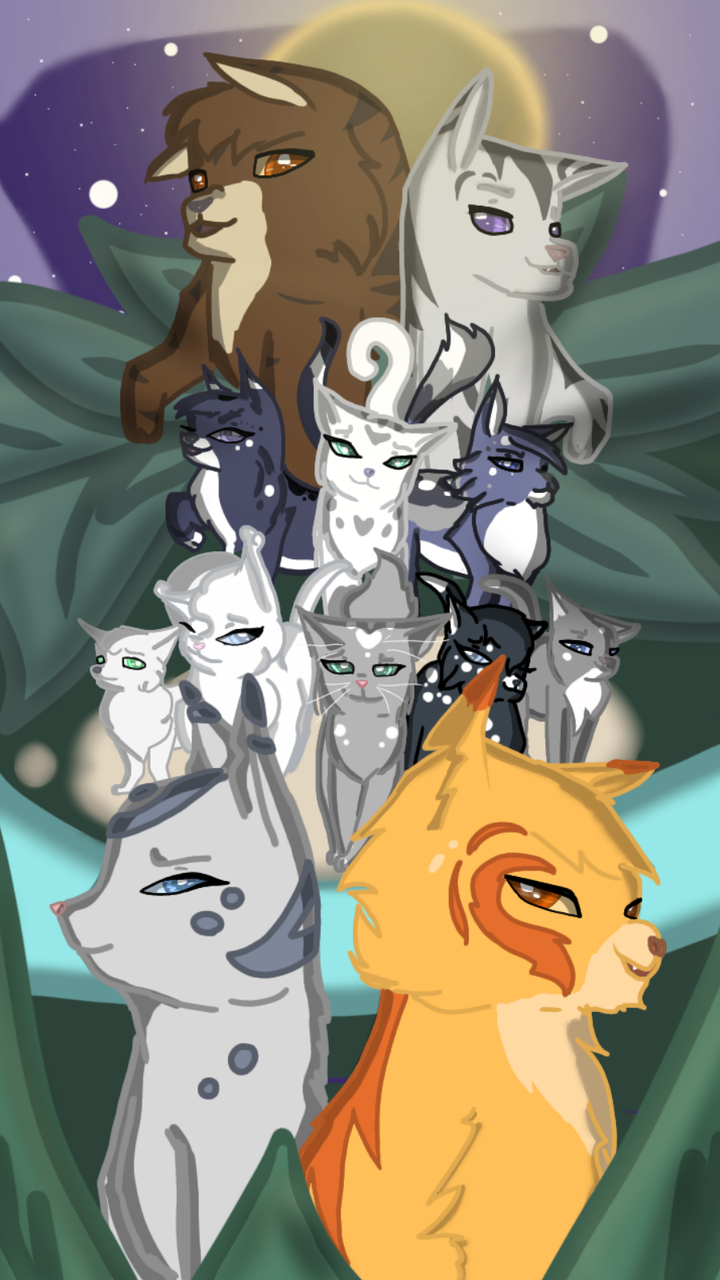 I made my clan made up of all my characters. First generation at the bottom has Sun that rises in the East or Sunstar, the gold one and Moon that falls in the west or Moonfall. Their kits are in the next generation. Longwhisker, the grey she in the middle, Nightfur, the black and white speckled she, and Spiritblossom, the white med she. We also see to cats who joined Sunclan, Tallsky the grey Tom and Softbreeze, the white Tom. Nightfur and Tallsky's kits are seen, Bluefeather, the blue she on the left and Jaystorm the blue Tom med on the right. We also see Longwhisker's kit Silentecho. Finally, the last generation of Jaystorm and the Riverclan med Fircloud's kits NeedleEye, the grey Tom and Aspenclaw, the brown tabby. That's it! It took me a while to draw this and I'm really proud of it so I hope you enjoy!! 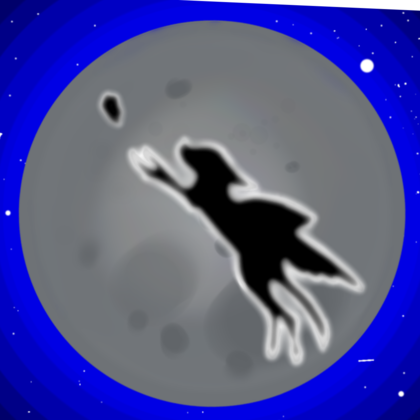