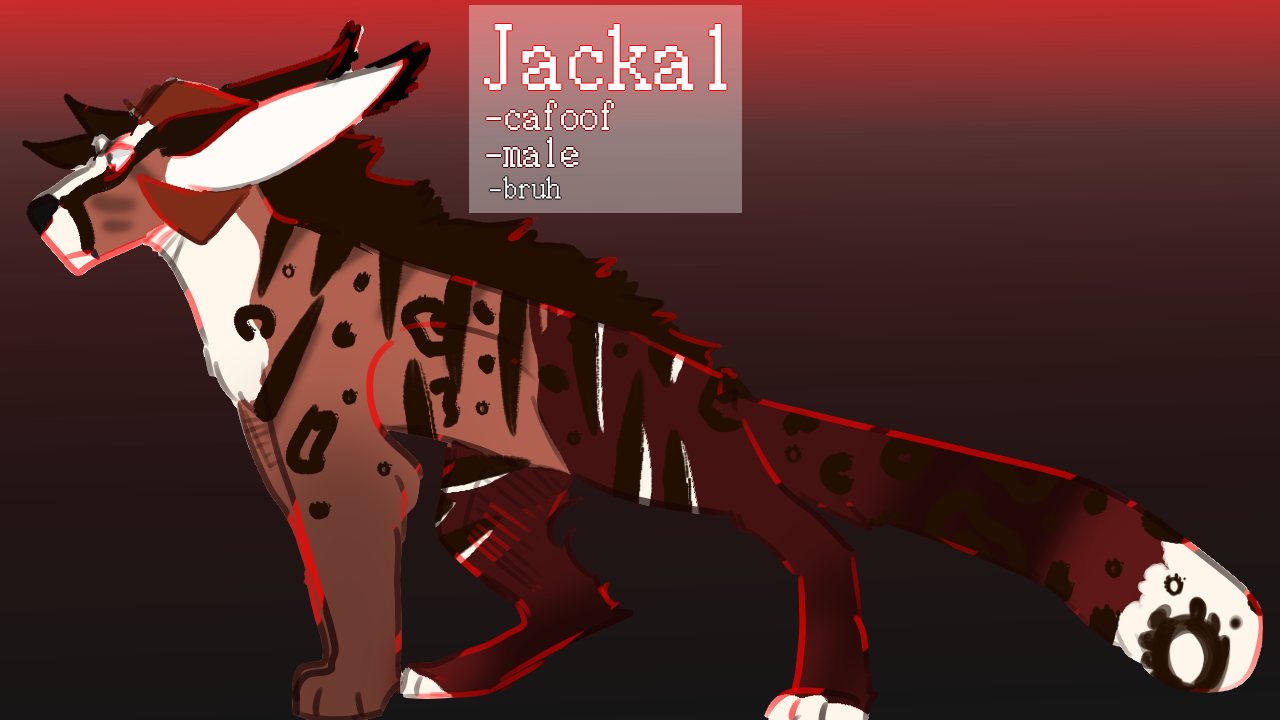 Name: Jackal
Personality: Aloof, sarcastic, prideful
Looks down on others alot, prefers to be the leader/boss
Origins: Jackal was the offspring of a mountain and forest cafoof, and instead of looking like one or the
other, inherited traits from both parents, and even had an odd horn growth, the horns wrapping
around the back of his ears instead of curling in front of them. He lost his mother early on due to an
unexpected avalanche that also wounded his dad. Jackal grew up fast, taking care of his dad, who
struggled more and more to take care of himselft because of the wound. He stayed with his fathor
his eventual death, and then left the place he had grown up in search of a fresh start with less
memories. He would stop for awhile, but eventually keep wandering,and still travels today 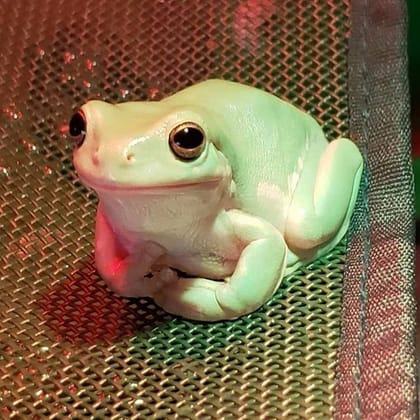