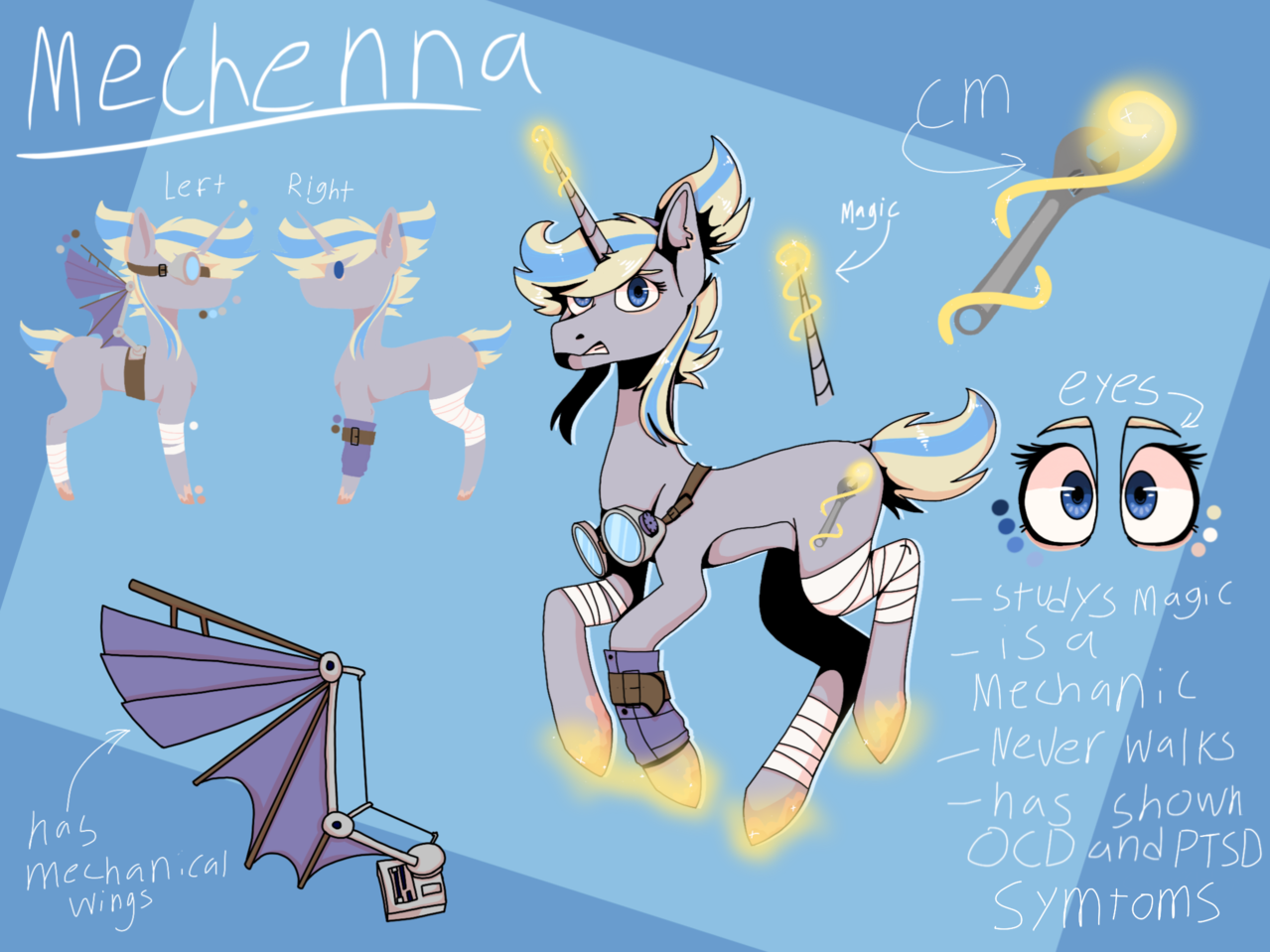 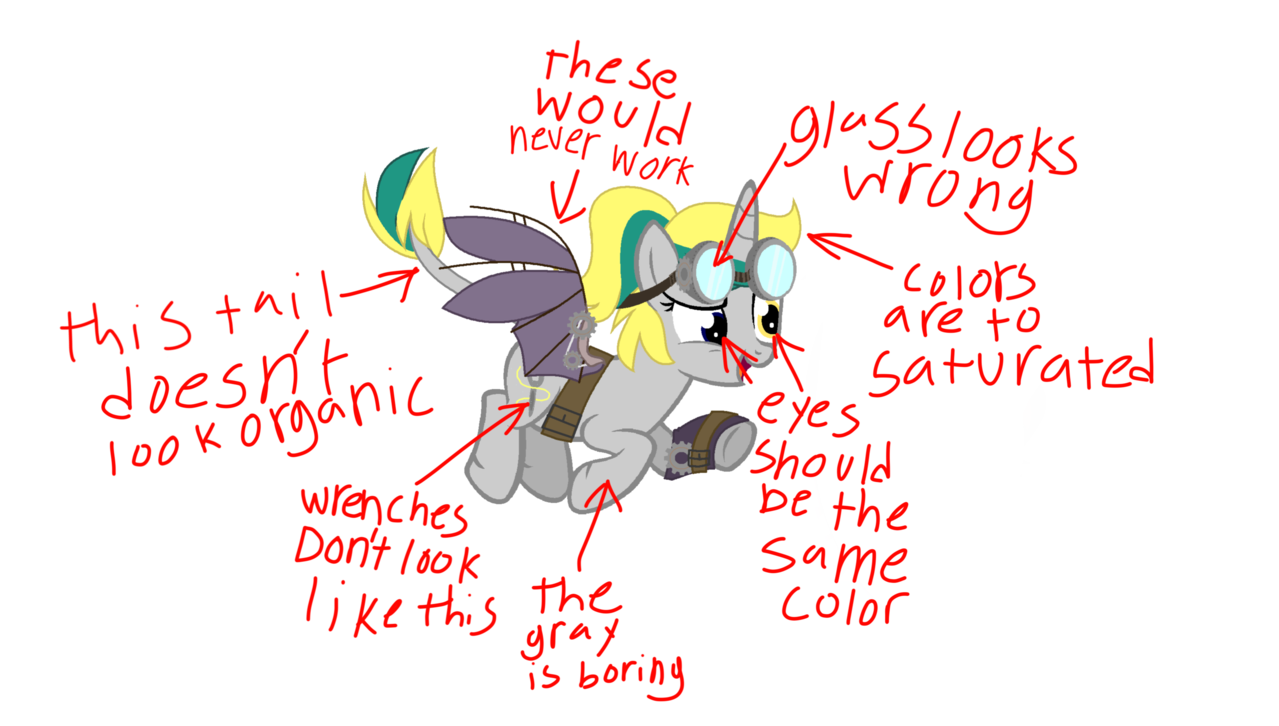 Personality: she could be described as manic however despite this she is usually very kind and quiet, she gets very excited about her experiments.

Special talent: her special talent is mechanics, though her passion is studying the science of unicorn magic.

Relationships: Mecha has a hard time making long term relationships and will often shorten them due to her fear of losing he ones she loves. (she has this fear because of backstory reasons)
Family: Terra: sister (deceased), Mum: mother (unknown), ?: father (unknown)
Friends: Madame Teacup: Lady of the House, Misty: ?, The Misfits: a group of “misfits”
Romantic relationship: none, has no future plans for romance.

Flaws: she is very short tempered and tends to hurt the ponies around her, though after the fact she tends to drown herself in self blame for what happened which can leave her in a rut for a number of days or even weeks. 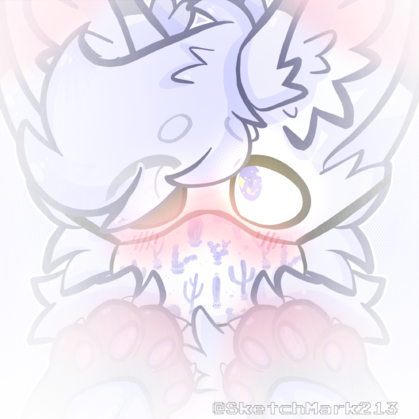