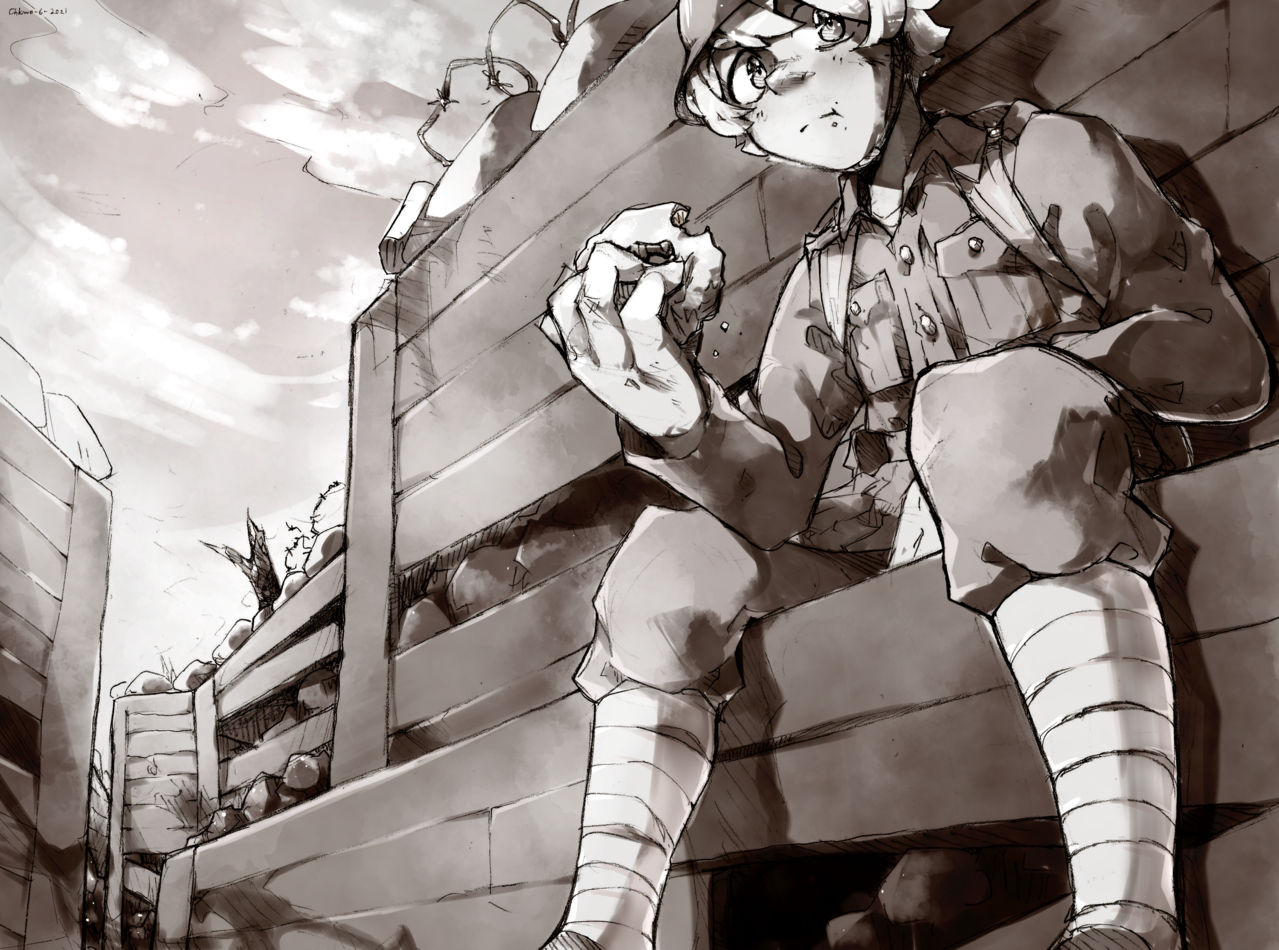 Do not trace, edit, repost, etc.
Illustrations like this one will probably be a rare occasion for me, at least until I can get a functioning printer. I drew the lineart on a pice of paper, scanned it at school since it was originally for a project, and then did the rest in MediBang Paint. I've been wanting to do more monochrome illustrations anyway, and there's of course a contest going on as well now, so perhaps expect that.
Again, it's Scott Jones, one of my OCs. I tried to make this one look a bit like an old photo here. Not sure what exactly the backstory's supposed to be, but the Allies have just taken a German trench, and now Scott's sitting down and eating a doughnut. Perhaps Louis or Charles is taking the photo? I didn't think to much about it though, I just drew.
Thanks for reaching the end of the description. This one was a bit longer, I hope it didn't bore you too much. Have a fine day!