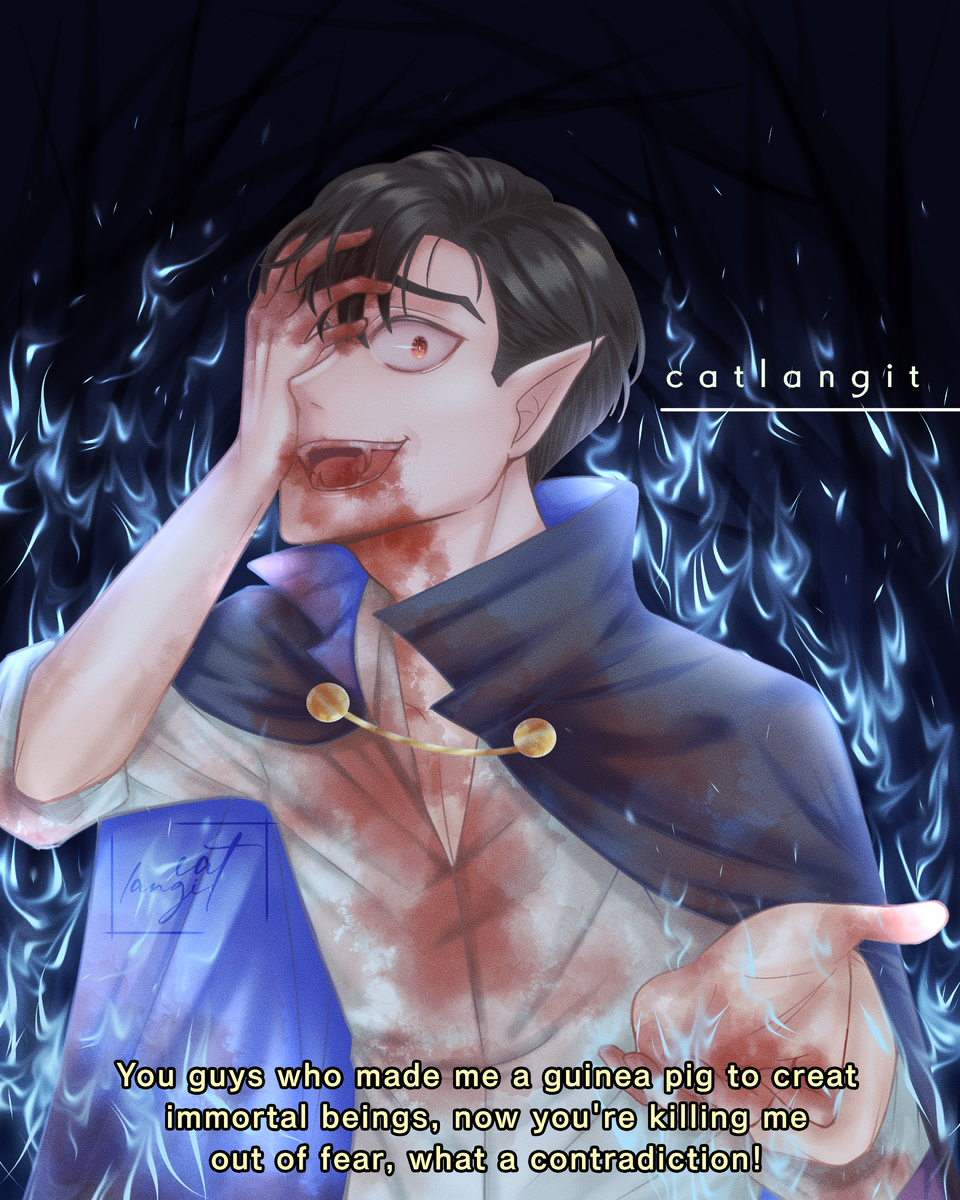 He was an ordinary human before the villagers drag him to be a guinea pig, sacrifice his human life, to fulfill thei insane desire to creat immortal beings. But the experiment failed. He became a bloodthirsty beast, a vampire. The villagers began to fear and made a ploy to kill him with holly flame