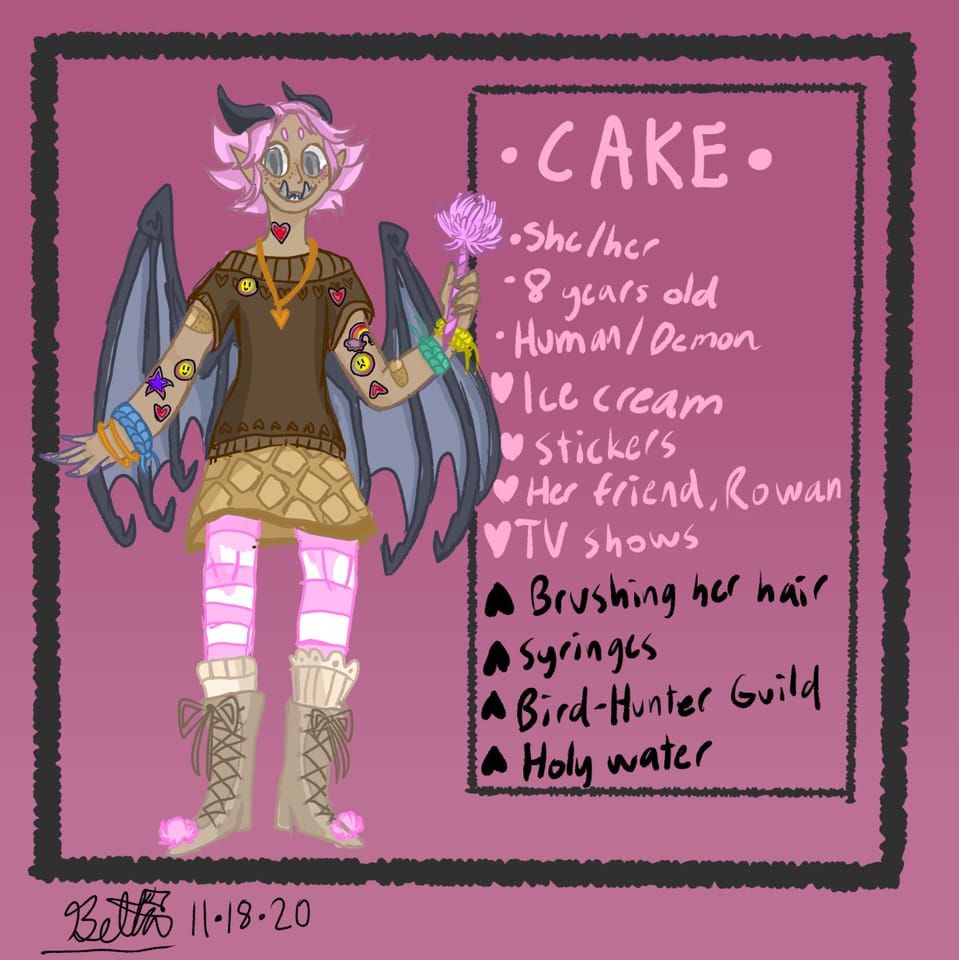 Lil demon bab. She’s a character from my Angel AU, where Mossy is Rowan, a Fallen Angel. More on him later.
Cake (it’s not her real name; she just won’t tell him.) is half demon, half human. She was born in the Abyss, as a demon, then came to Terra (our world) to learn about humans, see what makes them tick. If she can make 20 deals with a Terran creature (not just humans), then she can become an official Broker demon.
She’s friends with Rowan. She doesn’t like the Bird Hunter Guild, who hunts Fallen Angels. She also doesn’t like holy water, for obvious reasons. Being part human, it doesn’t kill her, but gives her allergies.