so his name is vixen uwu (desc for more abt him,) 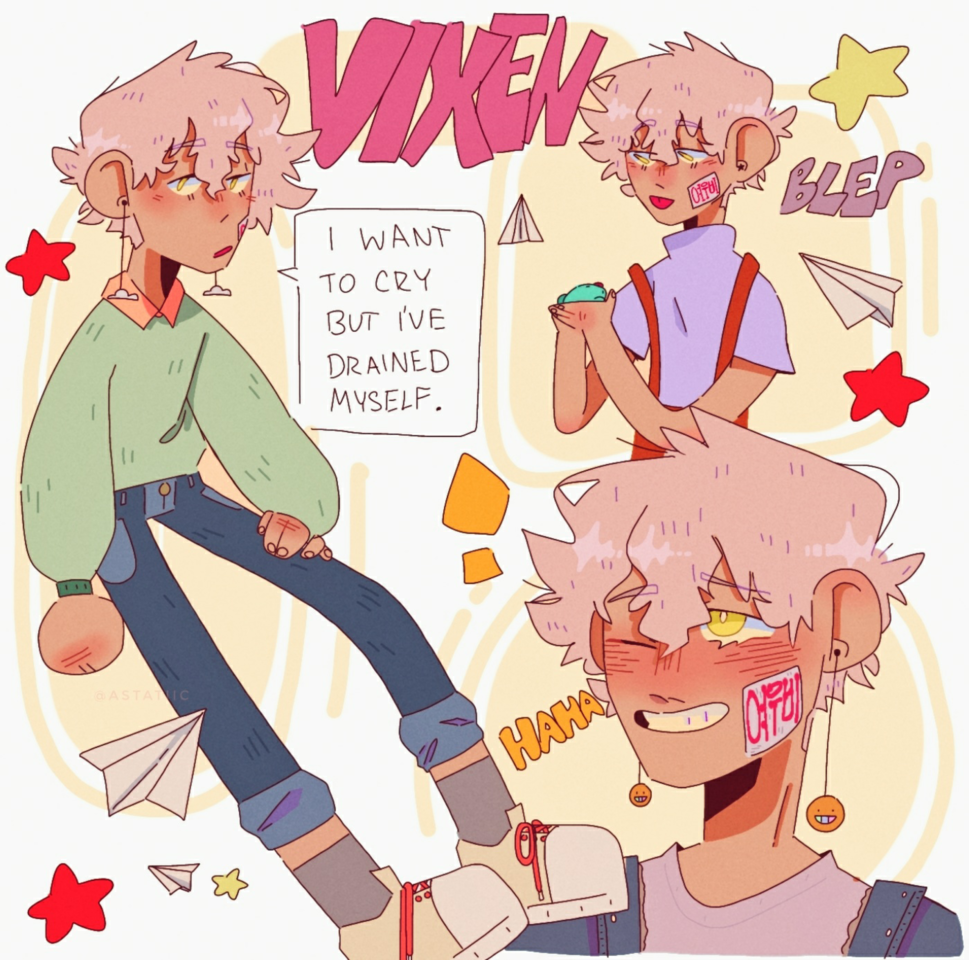 so his name is vixen uwu (desc for more abt him,)

sO first things first, he's almost completely deaf but literally cannot hear anytHING so he doesn't have many friends :(( but he will get one,,,,,,,,,, later ?? idk which gender they should be tho cuz iM LIKE OBSESSED WITH LIKE??? GUY AND GUY BUT ION WANT MY ACCOUNT TO BE FILLED WITH GAY SHIT AND NO LIKE STRAIGHT COUPLES YK?? ANYWays he likes seafood a lot, like a LOT. he has tiktok but like any deaf dude he can't hear fkin sHIT so he uploads with the wrong audio ,,,, sometimes. but people still love him cuz he's baby 🥺💕💕 HE LOVES ORGAMI (IDK?) but he only knows how to make the paper crane and airplane if that even counts as orgami lMAO, uHHHh hes vry sad :(((( mainly cuz he's alone LITERALLY every friggin day and he's an only child so there's that too,,,,,,, his mom isn't around much and doesn't have a dad ((WOOOOOW UR SO CREATIVE ABBY PROPS TO U *AUDIENCE CLAPS*)) that's abt all that I have for him but I'll come up with more of a story so this guy has a purpose in my art 😎😎