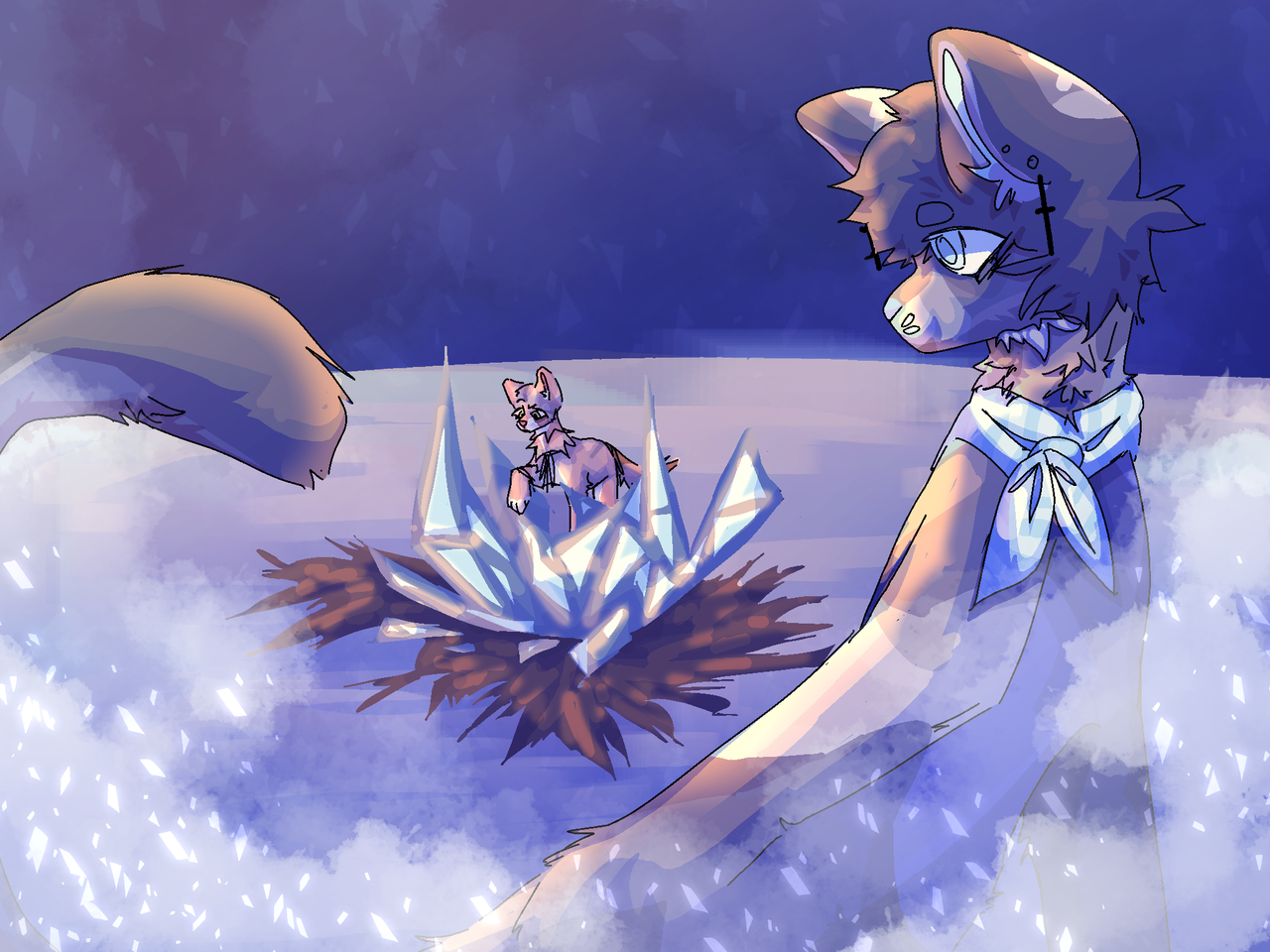 so I made a serious illustration for once :0
(Basic synopsis of the story to explain what you’re looking at)
Pinkie (coyote looking at the crystals, she/him) is an outsider in his food-scarce pack, being interested in art and storytelling rather than fighting. Cricket (cat/alien in the foreground, it/its) is one of the searchers in its society, who looks for and is sent to planets to destroy them. it is sent to planets via crystal-like asteroid, that turns any planet into an arctic biome to help Cricket, or any of its kind, destroy it. Pinkie stumbles upon the asteroid in an open field near her home, and finds Cricket. Not knowing who or what Cricket is, he runs away with Cricket right behind him. Somehow, Pinkie was convinced to help Cricket with its mission, in return for a safe home for her pack. Now both of them are on the run, trying to continue the mission before it’s too late.
The scene I drew above was of Pinkie finding the asteroid and Cricket watching over her.