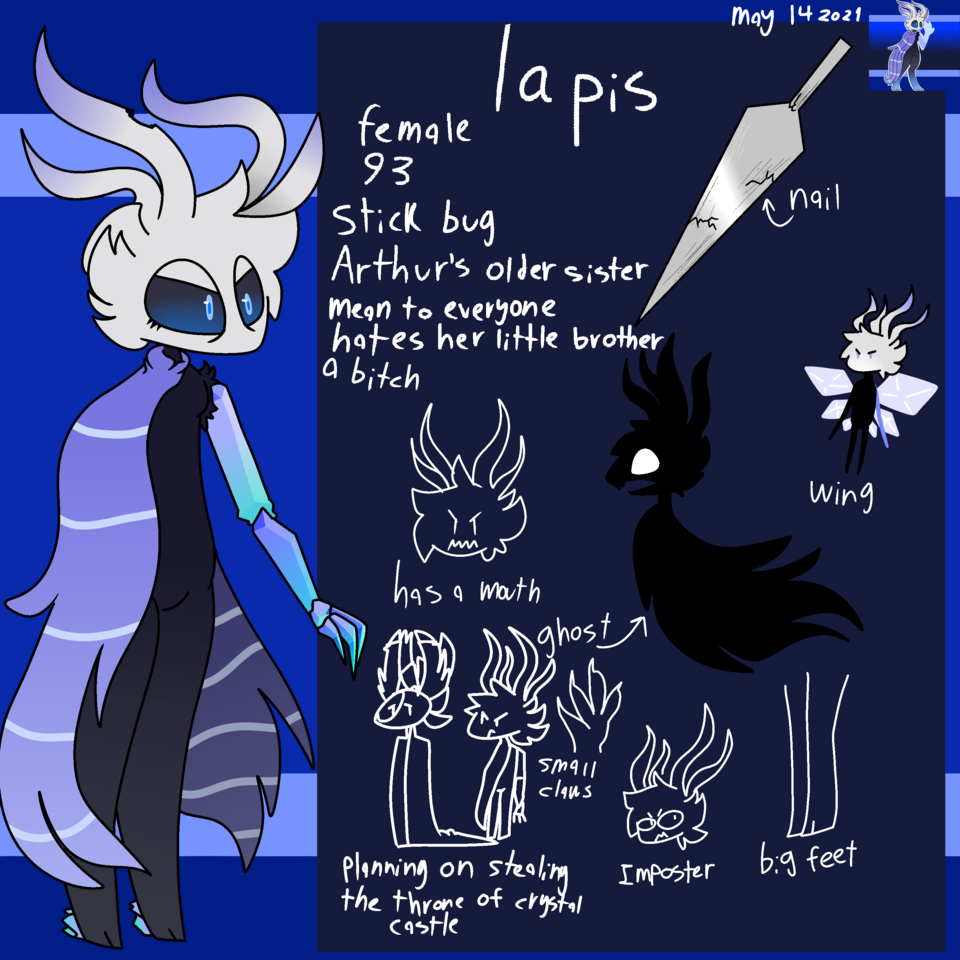 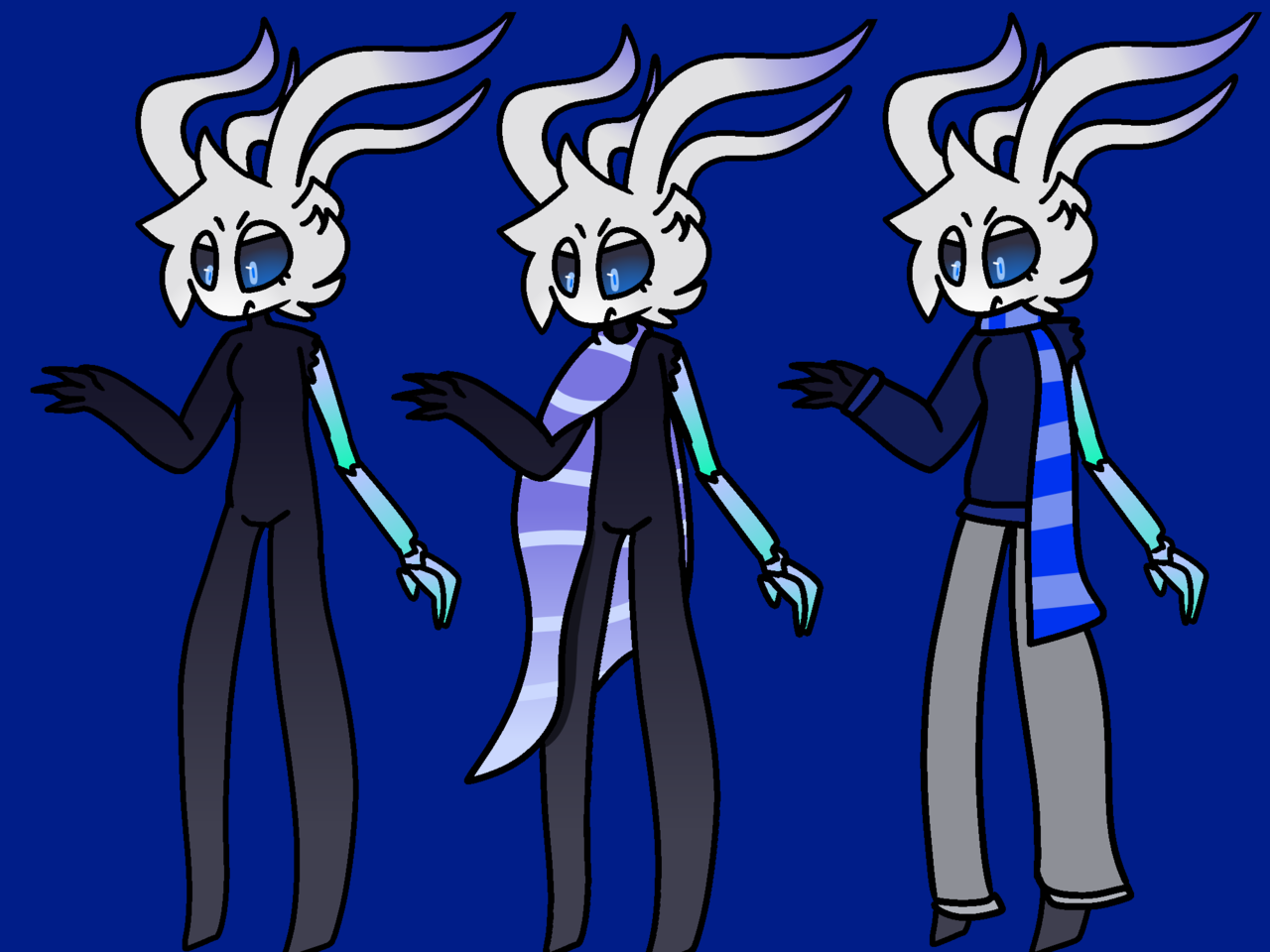 This is Arthur's older sister and she hates her little brother
Why? Because before he was born, she was going to be the next in line for the throne, but then her brother was born and she was afraid he would get the throne, so out of rage she started being mean to the new prince which eventually got her banished from the whole kingdom, he got the throne and they never talked to each other because lapis wanted to kill Arthur and Arthur was very afraid of her because he knew that if he wasn't careful, something could happen to his people, even though lapis was banished

Also she hates him because back then when Arthur was a little kid, he would go and buy bread with his own geo, she didn't like the fact that he was buying something that they had alot of at home, also because she thought he was stealing from the people selling the bread.