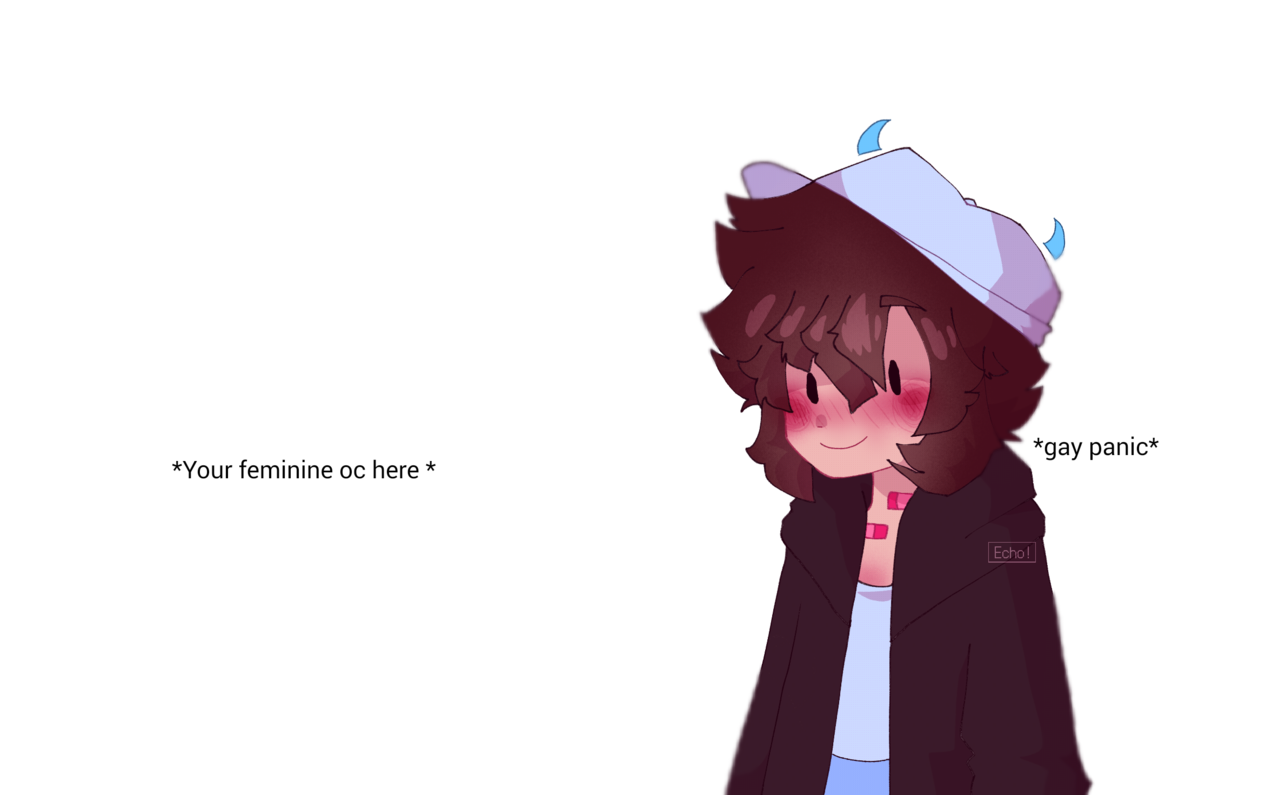 here be an open collab

I don't know if anyone noticed, but Leo likes females, which I guess makes them GaY (it's self explanatory piece 2 and 2 together )

And if you wanna know how that works with siren and 12 then here:
12 and Leo don't refer to one another as "they", both of them think of each other and call each other "she" ( yes 12 is bio female )
as for Siren.... b r u h . have you seen the stuff I draw Him wearing sometimes? becuase of his flamboyant and feminine behaviour, he gets a wired pass 👌
I mean I would just say Leo's pan but they technically aren't, coz if a man (other than si ) asked them out they won't say yes. same for any other non binaries or other genders
so ye it's complicated but there!