Available in 17 languages, “MediBang Paint” is exceptional in the number of foreign users much exceeding the number of local users in Japan. It is the biggest global illustration・manga creation software with the share of international users surpassing 86%.

Since its release in November 2014, “MediBang Paint” has shown rapid progression and development worldwide, reaching 67 million downloads in 7 years of performance. 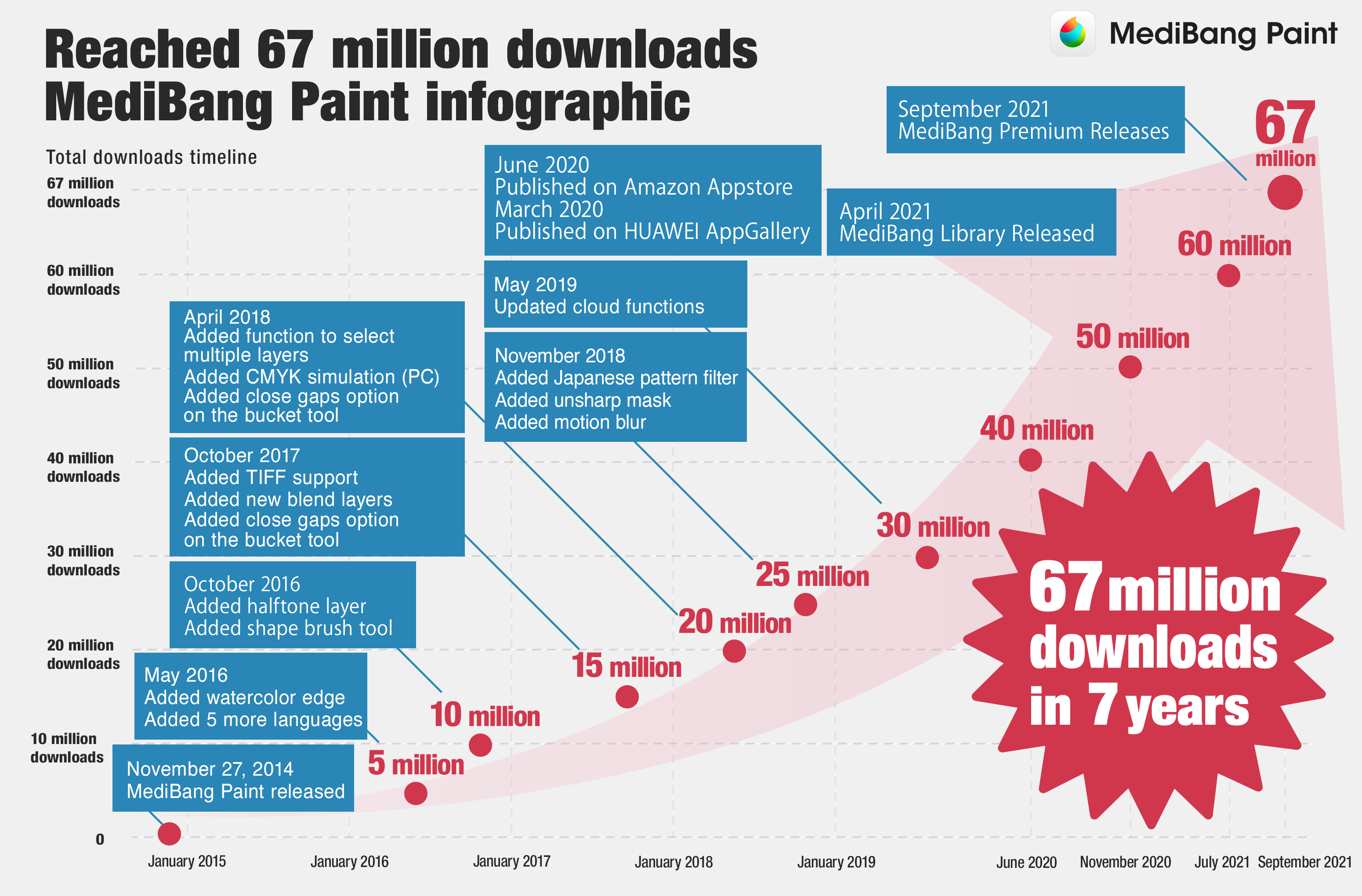 Additionally, we have begun offering a subscription service “MediBang Premium” in September of 2021.

With the release of “MediBang Premium”, we will accelerate into further growth and continue to support the creative activities of MediBang Paint users under the mission of “Let anyone in the world become a creator” adopted since our start.

To celebrate the 7th anniversary of MediBang Paint, we are opening an illustration posting campaign, accompanied by the largest prizes ever. 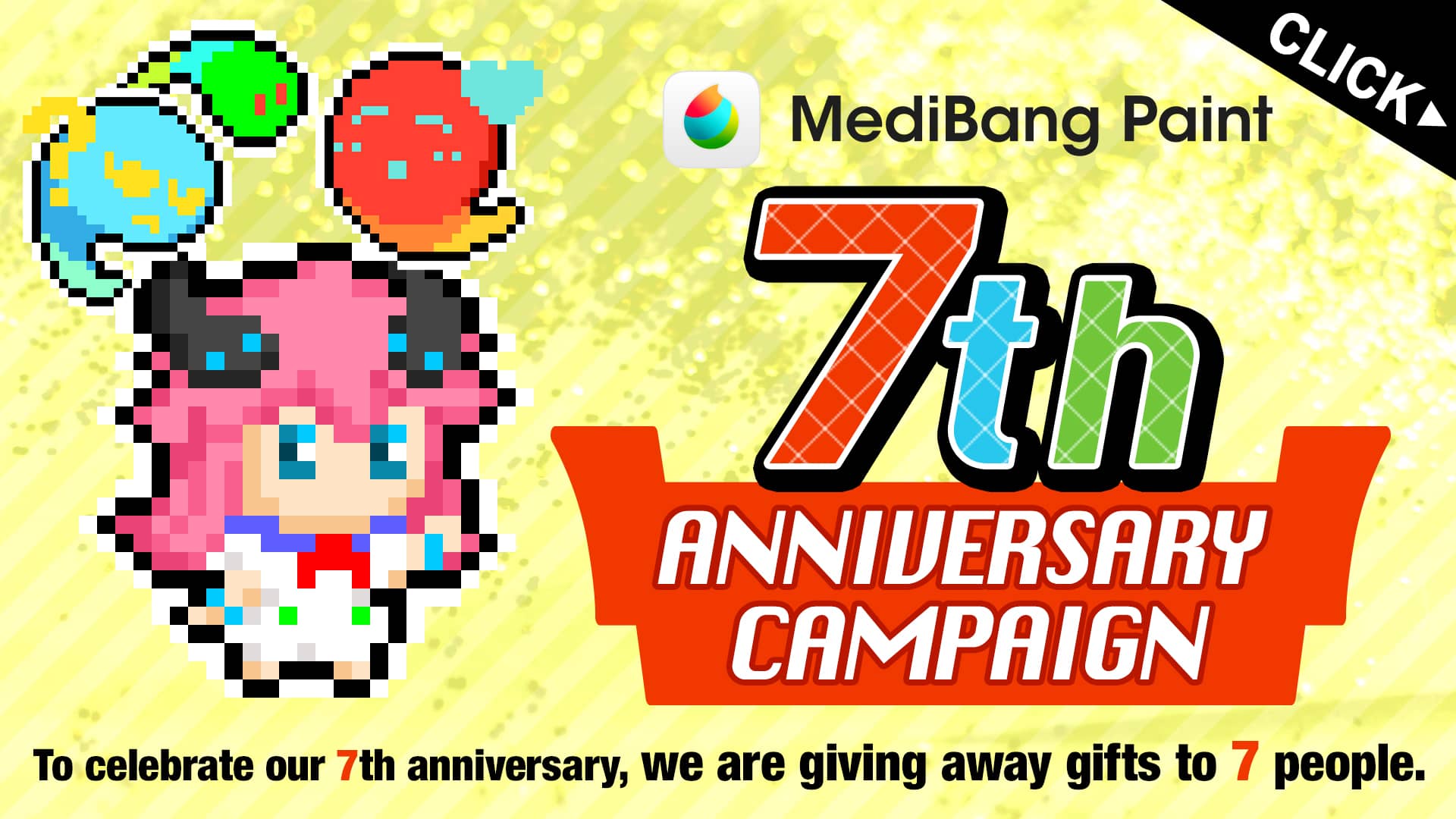 The users can participate in this campaign by drawing and posting an illustration of MediBang Paint official character “Medi-chan 7 years later” with the template we have created.

We have prepared gorgeous prizes for creators such as the Color Management LCD Monitor “EIZO ColorEdge CS2410”and more.
I hope you join us on this campaign.

Entry Format
Using the templates available on the campaign page, draw the official character of MediBang Paint, “Medi-chan” 7 years later ver. and post on ART street with the tags for each category.

What is MediBang Paint